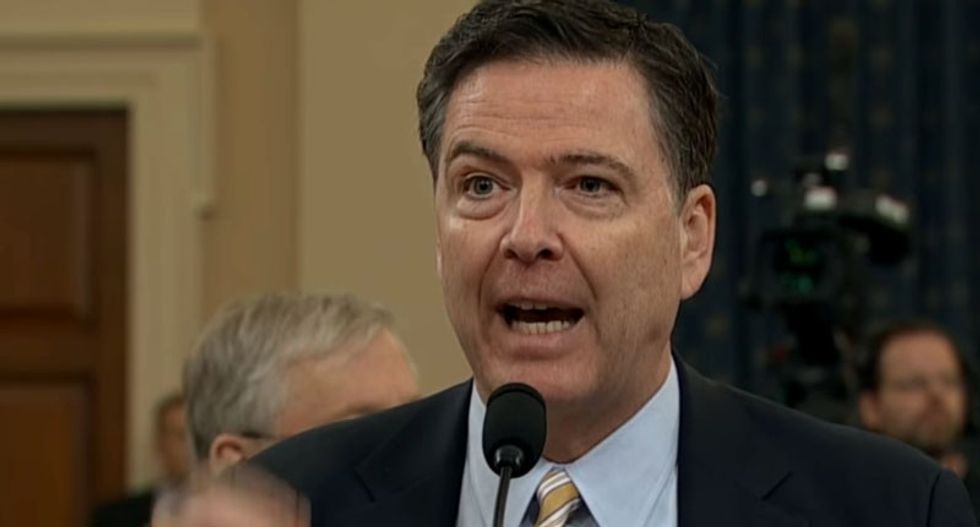 CNN has gotten a look at the Republican Party's plans to discredit former FBI Director James Comey, who next week will be embarking on a media blitz to promote his book, "A Higher Loyalty."

According to CNN, the GOP has already launched a website called "Lyin' Comey," and the party's campaign centers on the way that Comey treated former Democratic presidential nominee Hillary Clinton during the 2016 election. Among other things, the GOP is producing digital ads with titles such as "Comey isn't credible -- just ask Democrats."

CNN's sources say that the White House has signed off on the campaign, which will kick into full gear next week once Comey's book is released.

"Comey is a liar and a leaker and his misconduct led both Republicans and Democrats to call for his firing," RNC chair Ronna McDaniel told CNN in response to the leaked plan. "If Comey wants the spotlight back on him, we'll make sure the American people understand why he has no one but himself to blame for his complete lack of credibility."

Comey's media tour is set to start on Sunday night during an interview with ABC News in which he will compare President Donald Trump to a "mob boss."