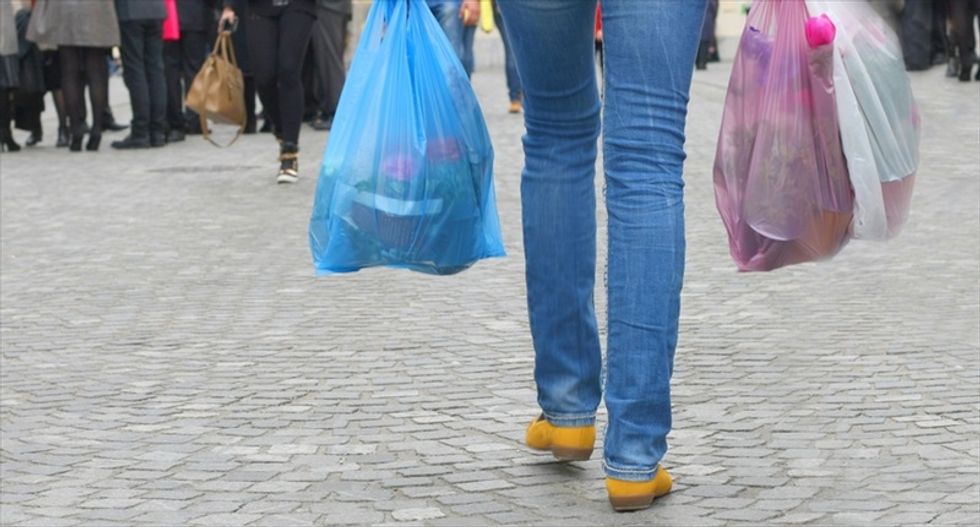 Researchers in the US and Britain have accidentally engineered an enzyme which eats plastic and may eventually help solve the growing problem of plastic pollution, a study said Monday.

More than eight million tons of plastic are dumped into the world's oceans every year, and concern is mounting over this petroleum-derived product's toxic legacy on human health and the environment.

Despite recycling efforts, most plastic can persist for hundreds of years in the environment, so researchers are searching for better ways to eliminate it.

Scientists at the University of Portsmouth and the US Energy Department's National Renewable Energy Laboratory decided to focus on a naturally occurring bacterium discovered in Japan a few years ago.

Japanese researchers believe the bacterium evolved fairly recently in a waste recycling center, since plastics were not invented until the 1940s.

Known as Ideonella sakaiensis, it appears to feed exclusively on a type of plastic known as polyethylene terephthalate (PET), used widely in plastic bottles.

The researchers' goal was to understand how one of its enzymes -- called PETase -- worked, by figuring out its structure.

"But they ended up going a step further and accidentally engineered an enzyme which was even better at breaking down PET plastics," said the report in the Proceedings of the National Academy of Sciences, a peer-reviewed US journal.

Using a super-powerful X-ray, 10 billion times brighter than the Sun, they were able to make an ultra-high-resolution three-dimensional model of the enzyme.

One area of the PETase was a bit different, though, and researchers hypothesized that this was the part that allowed it to degrade man-made plastic.

So they mutated the PETase active site to make it more like cutinase, and unexpectedly found that this mutant enzyme was even better than the natural PETase at breaking down PET.

Researchers say they are now working on further improvements to the enzyme, with the hope of eventually scaling it up for industrial use in breaking down plastics.

"Serendipity often plays a significant role in fundamental scientific research, and our discovery here is no exception," said study author John McGeehan, professor in the School of Biological Sciences at Portsmouth.

"Although the improvement is modest, this unanticipated discovery suggests that there is room to further improve these enzymes, moving us closer to a recycling solution for the ever-growing mountain of discarded plastics."