Sarah Sanders: Democrats are tired of all the 'winning' by Trump so they killed DACA and are 'hurting people' 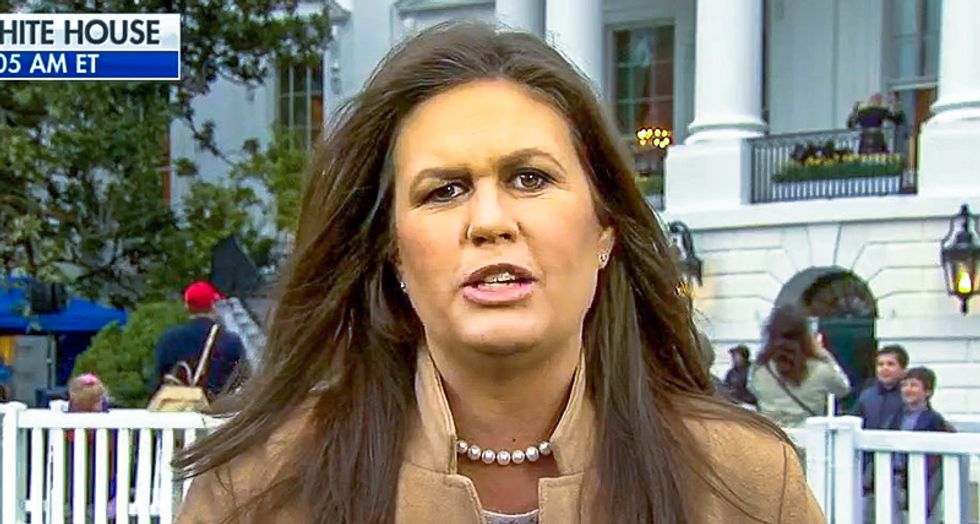 White House Press Secretary Sarah Sanders argued on Monday that Democrats had forced Trump to end protections for undocumented immigrants who were brought to the U.S. as children because they are tired of all of the "winning" at the White House.

In a Sunday rant on Twitter, Trump railed against "caravans" of people marching to the U.S. from Central America. And declared that "DACA is dead." The Deferred Action for Childhood Arrivals (DACA) program was designed to protect undocumented immigrants who had no choice about coming to the U.S. illegally because they were children at the time.

During an interview on Fox & Friends on Monday, Sanders asserted that Trump "wanted to see something get done and Democrats refused to actually put something on the table or work with the president to get anything done. They wanted to use DACA recipients as political pawns."

"I think what's happened here is incredibly sad," she added. "Look, the president made two incredibly generous offers... and Democrats still refused to make a deal and I think it's because we're getting close to an election, they don't want to see the president continued to win like he has for the last year and a half and they're going to do everything they can, even if it means hurting people across this country if they think it takes a hit at the president."

During the campaign, Trump predicted the Americans would tire of the "winning" after he became president.