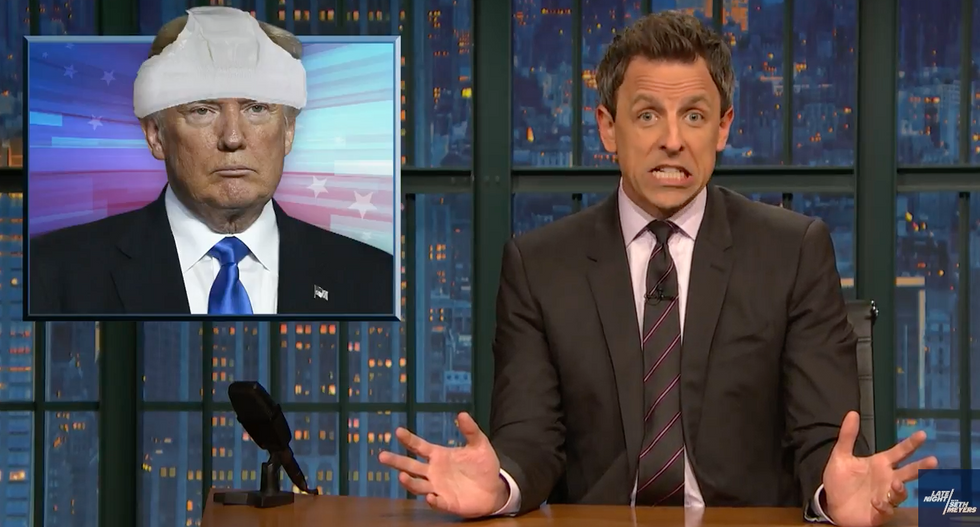 “This is like the series finale of a TV show where they try to tie all the different plot lines together,” Meyers said after going through a run-down of Cohen’s connection special counsel Robert Mueller’s investigation.

Meyers joked that a “calm, measured” Trump responded to the Cohen news, before revealed the president’s actual reaction, namely, to proclaim Tuesday morning that “attorney-client privilege is dead.”

“What is Trump’s strategy here?” Meyers asked. “To act so guilty the feds will think he has to be innocent?”

Meyers also dug at Trump’s claim that the FBI “broke into” Cohen’s office when they, in fact, had a search warrant to go after the lawyer.

“That’s like waking up form surgery and telling your doctor, ‘You stole my appendix!’” Meyers exclaimed.