Sinclair affiliate issues ominous warning to staffers: 'Giving statements to the media can have huge implications’ 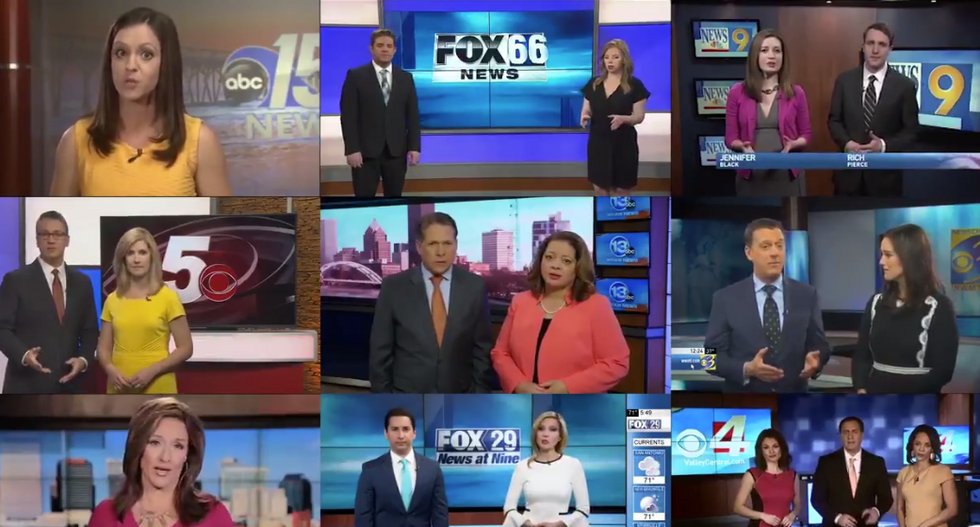 Employees at KATU News in Portland, Oregon—an affiliate of Sinclair Broadcast Group—received a memo Monday on how to handle press inquiries regarding the fake news promos that included an ominous warning about speaking with reporters.

CNN’s Brian Stelter confirmed the Portland affiliate sent out a email to staffers at KATU News amid growing concerns over a promo that parrots some of Donald Trump’s most prominent “fake news” talking points.

The email, leaked to Oregonian columnist Samantha Swindler, asked reporters not to “answer any questions or get into any discussion with callers” asking about the promos.” Most certainly don’t talk to any press about this issue,” the email reads.

“I will also remind you that these promise had been airing for over a week with very few calls, and these people calling are complaining about something they most likely have’t watched and don’t have the full context on due to social media, etc,” it adds.

“I will also remind you that giving statements to the media or sharing negative information about the company can have huge implications,” the memo warns.

This is what reporters at KATU news in Portland are dealing with from Sinclair Broadcasting. Note the second-to-las… https://t.co/aBsf59U0EU
— Samantha Swindler (@Samantha Swindler)1522705376.0

The message comes after Trump defended Sinclair amid growing criticism over its promo, which forces anchors to recite a screed about “fake” news. The president tweeted on Monday that it’s “so funny to watch Fake News Networks among the most dishonest groups of people I have ever dealt with, criticize Sinclair Broadcasting for being biased.”

“Sinclair is far superior to CNN and even more Fake NBC, which is a total joke,” Trump added.

As CNN's Stelter reports, at least one Sinclair affiliate is rejecting the "must run" promo.

One of Sinclair's stations is rejecting management's "you must run this promo" mandate: https://t.co/7WIG8NMznz
— Brian Stelter (@Brian Stelter)1522711892.0