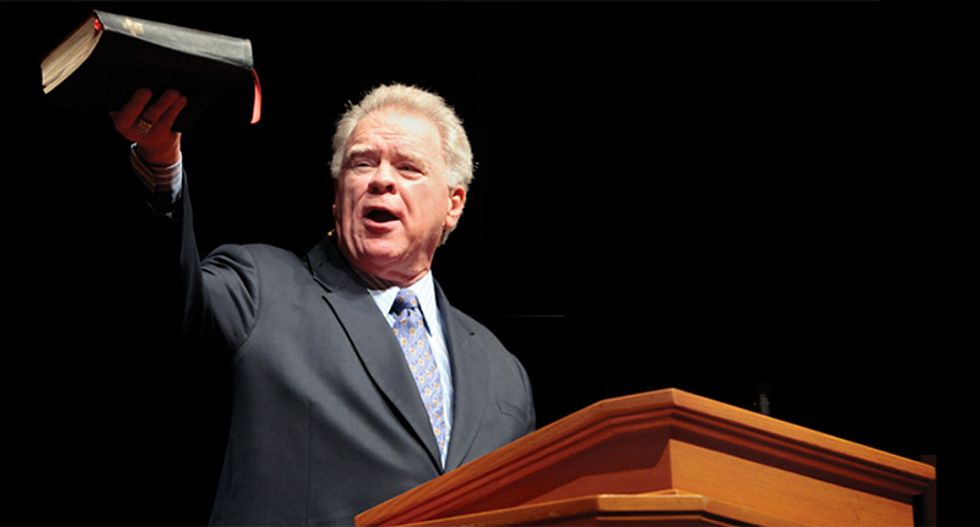 Paige Patterson is president of the Southwestern Baptist Theological Seminary, one of the self-described "largest seminaries in the world," and he appears to be standing behind comments about women not leaving abusive husbands.

A tape of an interview surfaced with Patterson claiming women should focus more on their faith and prayer and "be submissive in every way that you can" to their husbands, the Texas Statesman reported. They should not be seeking divorce, even in the case of abuse. When asked about it, Patterson explained that women "who are undergoing genuine physical abuse from their husbands, and the husband says they should submit."

"It depends on the level of abuse, to some degree," Patterson conceded. "I have never in my ministry counseled anyone to seek a divorce and that's always wrong counsel." Only on extremely rare cases, one or two in his entire career, he said that he has seen a level of abuse "serious enough, dangerous enough, immoral enough," that "a temporary separation" was warranted.

He went on to talk about one case of a woman coming to him about help for abuse and he told her to pray at her bedside for God to intervene. Later the woman came back with black eyes saying, "I hope you're happy."

"And I said 'Yes . . . I'm very happy,'" he said, because her husband came to church for the first time the following day. Thus, her husband heard her prayers.

The Southern Baptist Convention has grappled with their ineffective preaching that divorce is wrong. Evangelicals in particular, have a higher than average divorce rate, according to Baylor University research. 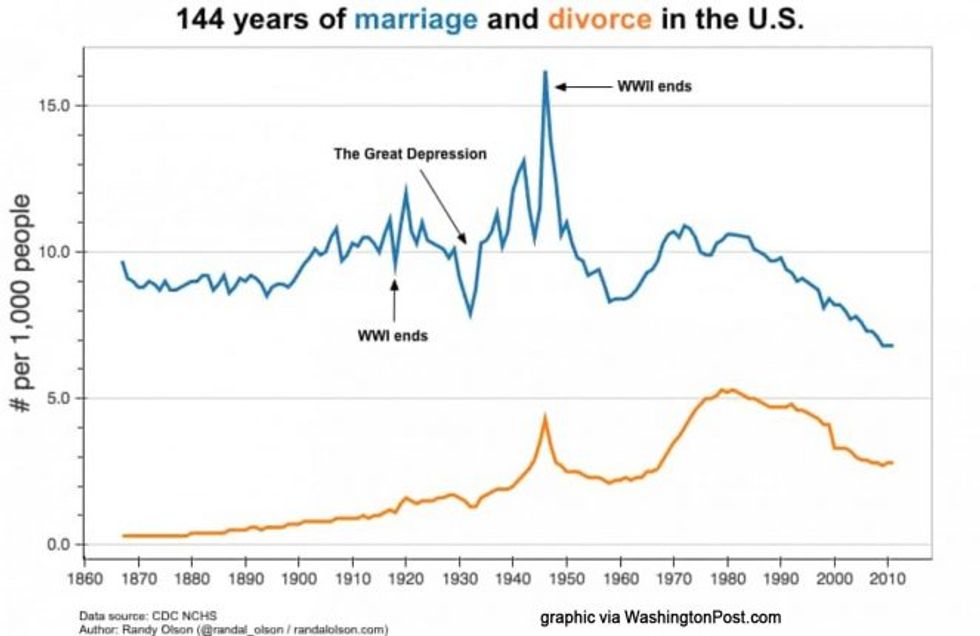 Over the weekend, many members of the SBC were quick to condemn abuse, including Bruce Ashford, the provost of the seminary where Patterson once served as president.

"Lots of social media convo this afternoon about spousal abuse. As the Provost of a SBC seminary and pastor at a SBC church, let me be clear: a physically abused woman should separate from her husband and have him put in jail," he tweeted Saturday.

The convention was forced to tweet out a statement Saturday swearing that they condemn abuse.

"We believe that abuse is not only a sin but is also a crime. It is destructive and evil. Abuse is a hallmark of the devil and is in direct opposition to the purposes of God. Abuse must not to be tolerated in the Christian community," they said with a link to their bylaws passed in March 2018.

"I'm pro marriage. Nearly 40 years of ups and downs to back that up," tweeted Bible teacher Beth Moore. "But when we as a church culture demonize divorce as the worst possible outcome - the sin of all sins - we truly have no clue on this ever loving earth what some people are enduring. We do not submit to abuse. NO."

Evangelical writer Katelyn Beaty agreed, noting that saying women should pray or stick by their husband puts all of the accountability on the abused rather than the abuser.

"One of the many things that disturbs me about this is the way Patterson puts ALL the responsibility on the woman to change her husband-while he's beating her. Even if you hate divorce, this is a gross abdication of pastoral and legal responsibility," Beaty tweeted Sunday.

Patterson has not denied that the tape is real and that he said it. Instead, he claimed "misrepresentation."

"To all who love me and have supported me across the years and to those who have been wounded by these accusations, I express my deepest regret," he said in a statement. "I do not apologize for my stand for the family and for seeking to mend a marriage through forgiveness rather than divorce."