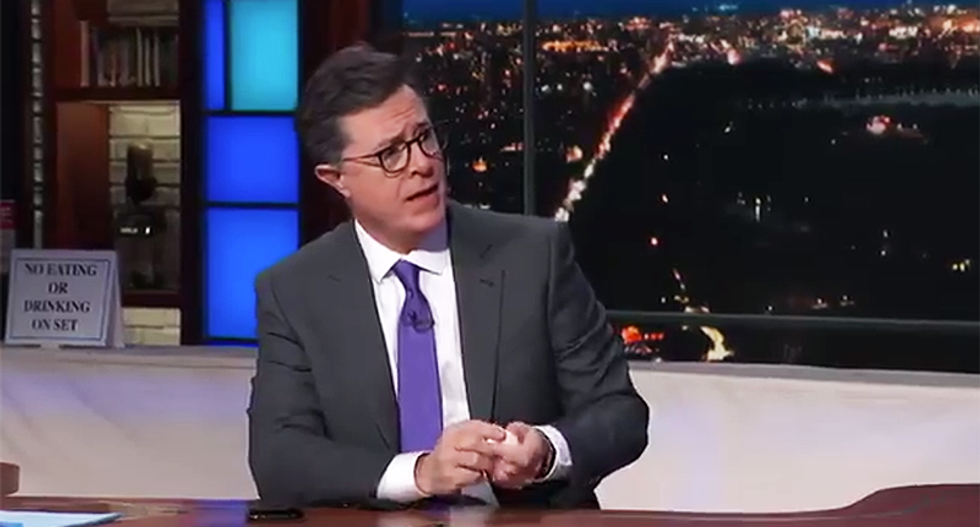 One segment which will not air tonight on "The Late Show," is a silly moment where Stephen Colbert was riffing with talented band leader Jon Batiste on a song about Speaker Paul Ryan.

"Oh, Paul Ryan. We'll never forget -- oh, help me out?" Colbert sang out before asking his producer for guidance.

"Tax cuts," a voice off camera can be heard shouting.

"Tax cuts!" Colbert exclaimed, laughing. "And something else. No doubt there was something besides tax cuts, Paul Ryan."

In his second refrain, Colbert pledged never to forget when Ryan was the vice presidential running mate of a guy the CBS host couldn't remember.

"Oh, you ran for president in 2012," Colbert continued singing. "With that other guy who seemed so nice. We'll never forget him either. What was his name? Flip Chutney. Chip Dipney. Paul Ryan."

Stephen and Jon are writing a song in honor of Paul Ryan. What do you think of it so far? #RehearsalRewind pic.twitter.com/9ZIN4DWYeI