'Where does it stop?': Right-wingers melt down after judge reveals Hannity is Michael Cohen's mystery client 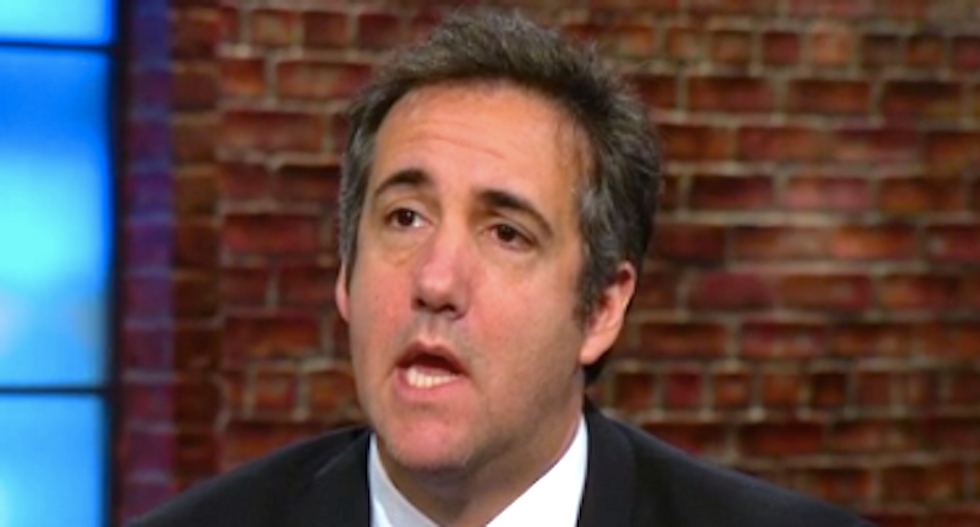 As news outlets rushed to report that the president's attorney Michael Cohen also represents pro-Trump Fox News host Sean Hannity, right-wingers struggled to figure out what the big deal is about the revelation.

As Vanity Fair's Tina Nguyen reported, "anger and stupefaction were the primary emotions on the far right Monday as the media raced to keep apace with a cascade of twists and turns in the Stormy-gate circus."

"So it has gone from Russia collusion, to a St. Petersburg troll farm, to Stormy Daniels,to Michael Cohen, and now, Sean Hannity?” a post written by Jim Hoft, the founder of the far-right Gateway Pundit blog, read. "Where does it stop and what the hell does this have to do with the Russia collusion?"

When Nguyen reached out to Pizzagate pundit Mike Cernovich, the former alt-right personality sarcastically responded "Oh my god, Sean Hannity didn’t declare or disclose that he was a client."

"Nobody who likes Sean Hannity is going to care about that," Cernovich told the writer.

Columinist Kurt Schlicter, who writes for the conservative Townhall blog, told Vanity Fair that although there may be "stuff that might be embarrassing" about the lawyer's clients from the files the FBI seized from Cohen during last week's raid, he doesn't think there's anything that's likely to be "incriminating."

"If these guys are this crime family why do you think they’d keep something incriminating around?" the Townhall columnist mused. "That’s just silly."