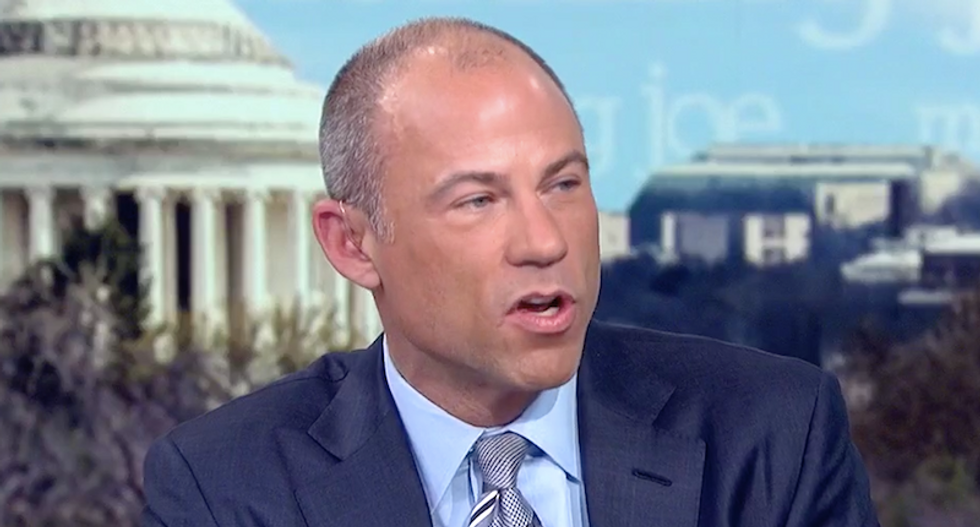 "To those that scoffed when we filed this case and claimed it was all about [money]: As we predicted and as the FBI raid shows, Mr. Cohen and Mr. Trump are in a lot of trouble," Avenatti said in a Tuesday morning tweet. "It has ALWAYS been about the threats, cover-up and the lies that have been told to the American people."

To those that scoffed when we filed this case and claimed it was all about $: As we predicted and as the FBI raid s… https://t.co/FCtj8Zeq3i
— Michael Avenatti (@Michael Avenatti)1523356275.0

The Washington Post reported Monday evening that evidence justifying the warrant and the FBI raid indicated Cohen has been accused of bank fraud and campaign finance violations.

Avenatti indicated last month in a conversation with CNN's Anderson Cooper that there were questions about the bank transfer from Cohen to Daniels. The payment by Cohen on behalf of Trump under the table is being alleged is violation of campaign finance laws.