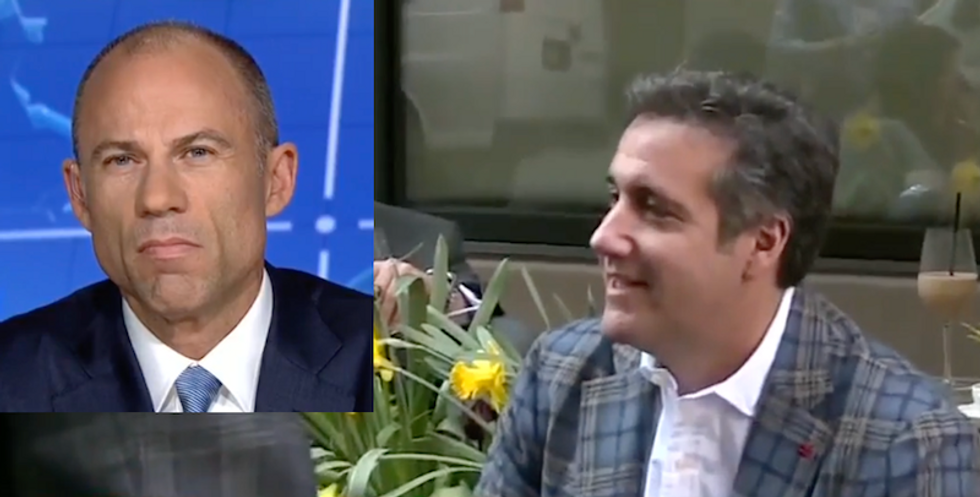 Michael Cohen was not in court on Friday, instead hanging out on the sidewalk with cigar-smoking buddies on a sunny New York day.

That was a problem because his lawyers could not answer "the most basic questions," about the Trump fixer's practice, according to Stormy Daniels attorney Michael Avenatti.

"The judge became fairly frustrated and ultimately ordered Michael Cohen to court Monday at 2 pm," Avenatti said. "If he's going to skip court he should not be photographed out on the stoop, if you will, with his buddies."

That means that Avenatti's client, Stormy Daniels, has a chance to confront the man who she's been tangling with. Since the subject is so important to her, she may show up.

"We haven't decided if she's going to attend Monday at 2 o'clock," Avenatti said. "She feels very passionately about this case and wants to make sure that these documents are handed appropriately... it's a pretty important issue for her."

Avenatti also said he's concerned that Cohen's newly revealed habit of taping people on the phone may give rise to another cause of action.

"We are very, very concerned, with each passing day, with the information that's coming out," he said. "If we discover that, in fact, Michael Cohen recorded either our client or her lawyer, Kith Davidson, we are goign to be bringing another claim against Michael Cohen for wiretapping."