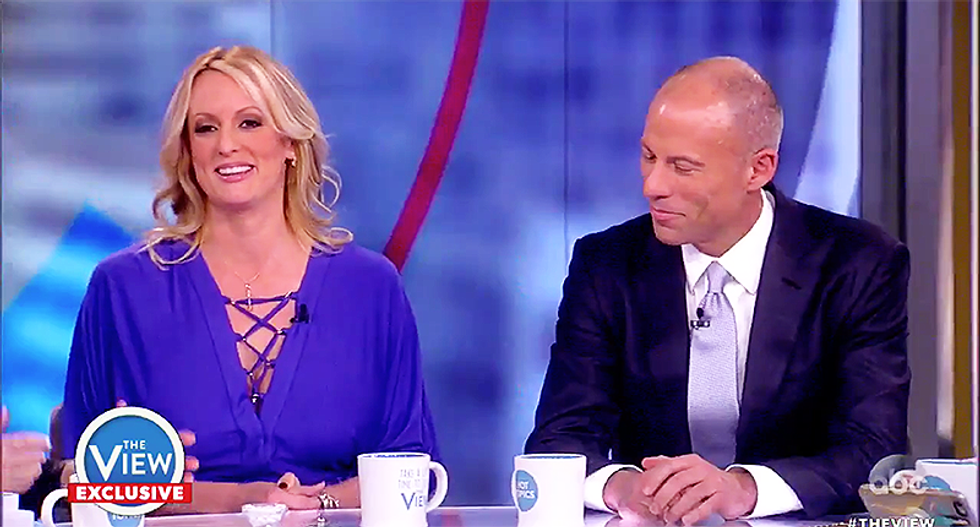 At the time that Stormy Daniels was first going public about her affair with Donald Trump, it was long before Trump declared his intention to run for the president of the United States. Trump's lawyer Michael Cohen ultimately authorized a payment to the adult film star and the stories disappeared, but not before she experienced her own threats.

"I was in a parking lot, going to a fitness class with my infant daughter. T-- taking, you know, the seats facing backwards in the backseat, diaper bag, you know, gettin' all the stuff out," Daniels told Anderson Cooper for "60 Minutes," which aired last month. "And a guy walked up on me and said to me, 'Leave Trump alone. Forget the story.' And then he leaned around and looked at my daughter and said, 'That's a beautiful little girl. It'd be a shame if something happened to her mom.' And then he was gone."

Daniels' attorney Michael Avenatti said in a previous interview with "The View" that they had hired a police sketch artist to sit down with her so she could describe the man that approached her. In interviews since then, Avenatti has explained that he was told to hold on releasing the photo, though he didn't indicate who instructed them to do so.

During an appearance on "The View" Tuesday, Avenatti and Daniels announced that she is "tired of being threatened" and "done being bullied." She went on to say that there is pending litigation that involved her and Cohen and that she attended the court proceedings Monday because she wanted to make sure she knew all of the facts being discussed.

Co-host Joy Behar said that it reminded her of when Trump brought Bill Clinton's accusers to the debate with Hillary Clinton.

When asked about what Trump said on Air Force One about Daniels and Cohen, Daniels indicated it was absurd.

"Let me just say, I work in the adult film industry and I'm a better actress," she said.

When she addressed the man that approached her, she said that it was right after she'd given birth and was doing classes like "Mommy and Me Yoga" and other health classes to get back in shape. She saw him around the center, which she found curious because it was a women's center. But, she said he was a very well dressed man in a suit. He then approached her and threatened her.

Daniels and her attorney then released an incredibly detailed sketch of the alleged man. Behar noted that he almost looks like an actor. 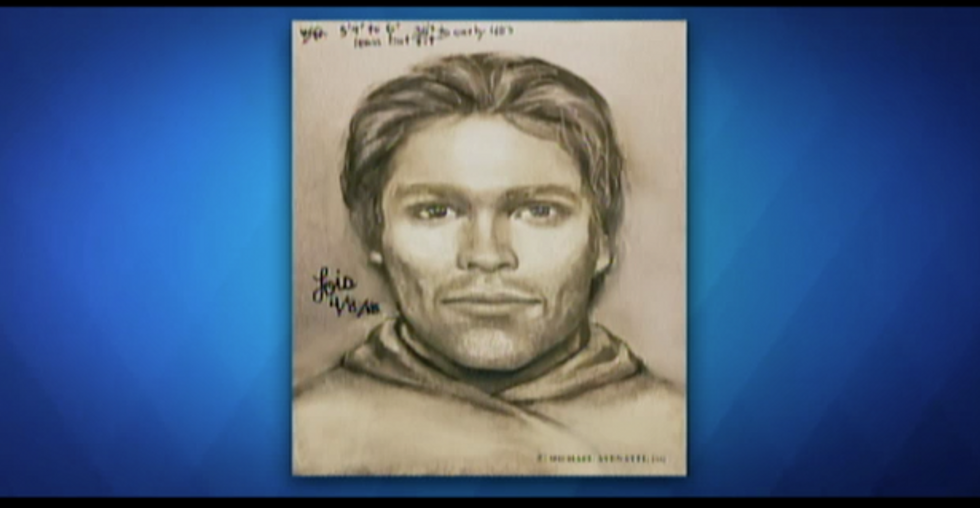 The sketch of the man who Stormy Daniels says threatened her in 2011 (Photo: Screen capture)[/caption]

Avenatti also offered a $100,000 reward for anyone who can identify the man. They're asking that people email clues to idthethug@gmail.com.