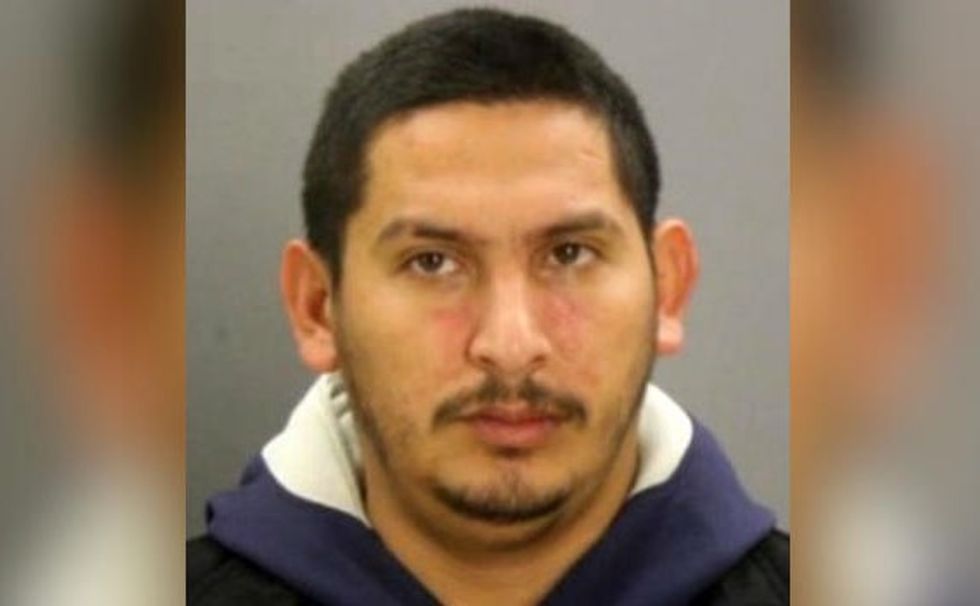 A suspect was arrested on Tuesday after two Dallas police officers were shot and critically wounded at a Home Depot Inc store and a civilian was also shot in the incident, police said.

Armando Juarez, 29 was arrested and being held on multiple counts of aggravated assault on a police officer, Dallas Police Chief U. Reneé Hall said during a news conference.

Juarez, who was also wanted on a felony theft warrant, was taken into custody after a five-hour man hunt that included a high speed vehicle chase, police said on Twitter.

A woman was also taken into custody, Hall said. She was not identified.

At about 4:15 p.m. local time, an off-duty officer working at the store detained a man and called for help, Hall said.

The man had a handgun and shot two responding officers and a store loss-prevention officer, the Dallas Morning News reported.

Dallas police “have taken a punch and come out fighting,” Mayor Mike Rawlings told a news conference. “We got our man.”

The city did not intend at this time to release the names of the officers or their medical status at the hospital because that would be inconsiderate to the families, the mayor said.

“Once again, Dallas is at the precipice, looking into the hell of heartbreak as our police department was attacked this afternoon,” Rawlings said at a news conference.

Five police officers in Dallas were killed by a sniper in 2016 in an attack that sent shockwaves through the city and nation.

Reporting by Brendan O'Brien in Milwaukee, Suzannah Gonzales in Chicago and Jon Herskovitz in Austin, Texas; Editing by Michael Perry