'Is that Texas tough?': CNN panel mocks Ted Cruz for sucking up to Trump now that he's in a tough race 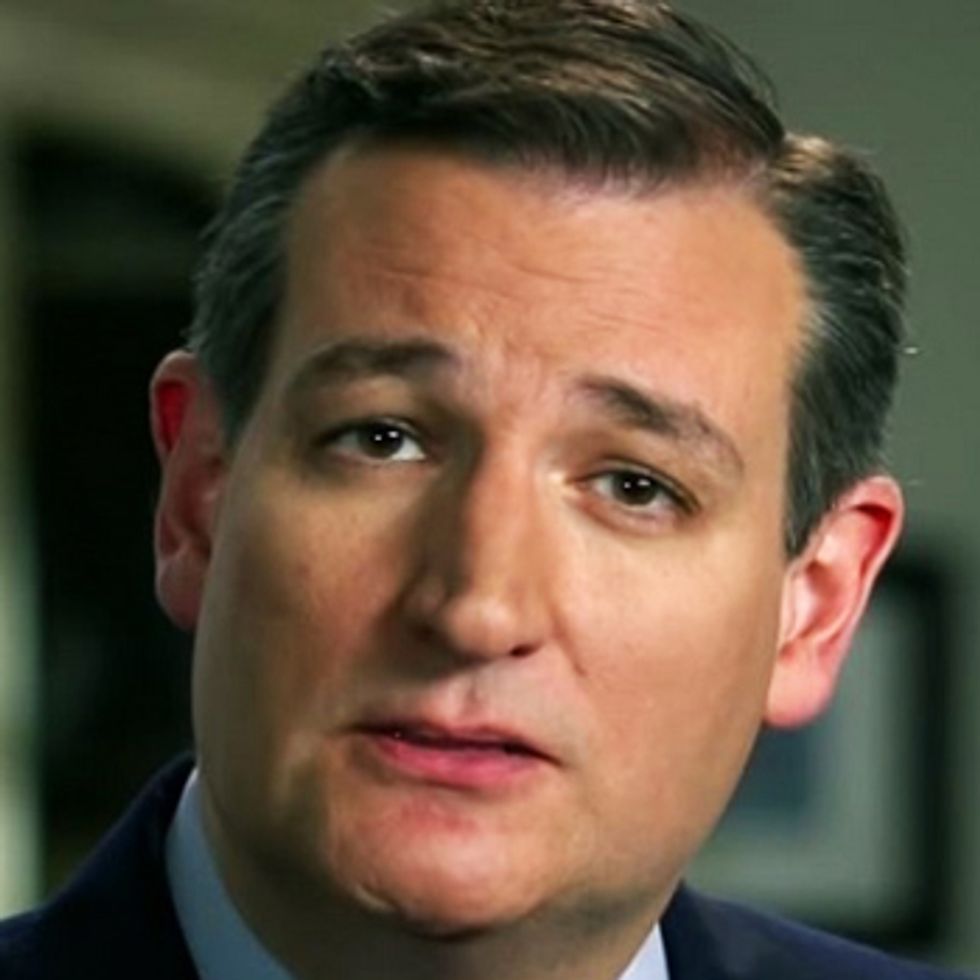 CNN's "Inside Politics" crew had a hearty laugh on Sunday morning after watching clips of Texas Senator Ted Cruz (R) rip into then-candidate Donald Trump as a "pathological liar" and a "bully," only to turn around and write a glowing profile of Trump for Time Magazine this past week.

Host John King provided clips of a furious Cruz attacking Trump for making fun of his wife's looks, before calling Trump "a small and petty man."

"This is the most interesting transformation in American politics," King suggested before showing the clips.

"That was then and this is now," King added after the clips, before reading from Time where Cruz wrote of Trump, "President Trump is a flash-bang grenade thrown into Washington by the forgotten men and women of America. The fact that his first year as Commander in Chief disoriented and distressed members of the media and political establishment is not a bug but a feature."

"Wow," King added, as the assembled panel laughed and CNN contributor Manu Raju stated, "Well, he's up for re-election and he needs those Trump supporters in his state and it's a pretty close race."