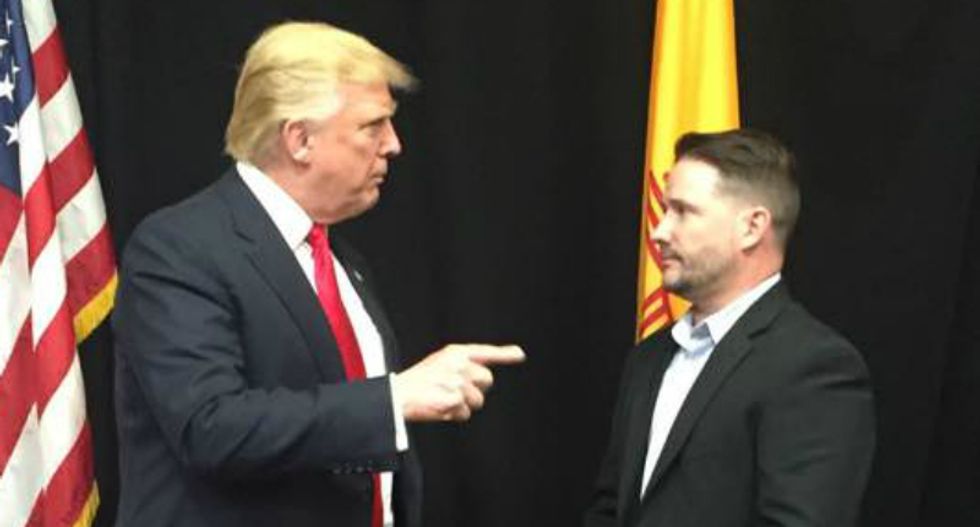 A Trump-appointed Department of Defense staffer has resigned from his post after CNN revealed he made posts claiming former President Barack Obama was not really an American.

CNN's KFILE reported that as of Tuesday morning, when reporters Andrew Kaczynski and Nathan McDermott inquired about posts he'd made on social media, DoD employee Todd Johnson was still a Pentagon employee. Soon after, however, his previously-public Facebook profile was set to private, and by the afternoon, the Pentagon confirmed that he had tendered his resignation and it had been accepted.

Until resigning, Johnson was an advance officer, a Pentagon employee tasked with the "sensitive" job of "providing logistical support related to the secretary's events and appearances domestically and abroad," CNN noted. The report also said that Johnson was on the GS-14 pay scale, which is "typically reserved for senior civil service positions."

KFILE's review of Johnson's Facebook before his privacy settings were changed found that after he was appointed in 2017, he made attempts to tamp down political commentary on his profile and asked his friends not to tag him in posts that could affect his job. Nevertheless, Kacynski and McDermott discovered public posts from during the 2016 election cycle that shared beliefs "popular in mainstream conservative circles." He also shared posts from 2012 and beyond that indicated he believed Obama was not born on American soil and that he thought the former president was the Antichrist.

In July 2012, Johnson first posted a video titled "Michelle Obama admits Barack Obama's home country is Kenya," and another that cited a phony Biblical claim that the 44th president is demonic.

In 2013, one of Johnson's Facebook friends erroneously claimed Obama was a Muslim, which "automatically makes him crazy."

During his time at the Pentagon, Johnson posted photos of him at work, which included travel with Defense Secretary Jim Mattis and an on-stage encounter with the president.