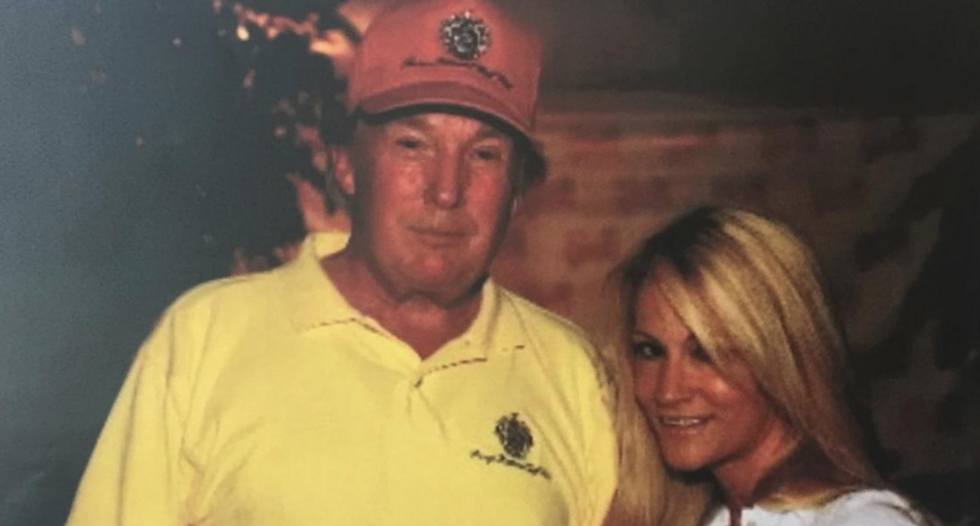 An adult film actress who accused Donald Trump of kissing her without her consent and offering her $10,000 to have sex with him came forward Monday to back up the president's former mistress Stormy Daniels' account of her first interaction with the president.

Drake was one of numerous women who came forward in October 2016 with stories about nonconsensual sexual encounters with Trump. Soon after she publicly alleged that Trump kissed her and two other women against her will at a 2006 golf tournament in Nevada, then-candidate Trump dismissed her account based on her profession.

The tournament where Drake and Trump met was the same one where his reported first encounter with Daniels took place. According to Drake, Daniels confided in her both at the tournament and later over the years about her affair with Trump.

"I was actually present in the room where we were first with Donald, in the hotel room in Lake Tahoe," Drake, flanked by her lawyer Gloria Allred, told Melber. "And I met him early that morning and sort of was able to watch the entire situation unfold. Shortly after that, I was told what had happened that night and over the years have gotten more details about it as well."

Elaborating on her interaction with Trump in 2006, Drake defended sex workers' rights to bodily autonomy.

"I am an adult performer, I also identify as a sex worker," she continued. "What was not okay with me was that the physical contact that he made with me that night in his hotel room was without my consent and when he did start asking to spend additional time with me that night, he wasn't really taking no for an answer and he was upping the ante every single time i turned him down."

"Simply by my profession," the adult actress said, "people are under the mistaken impression that we are always available for hire."