Trump got stuck with Rudy Giuliani because every big-time lawyer was taken: MSNBC analyst 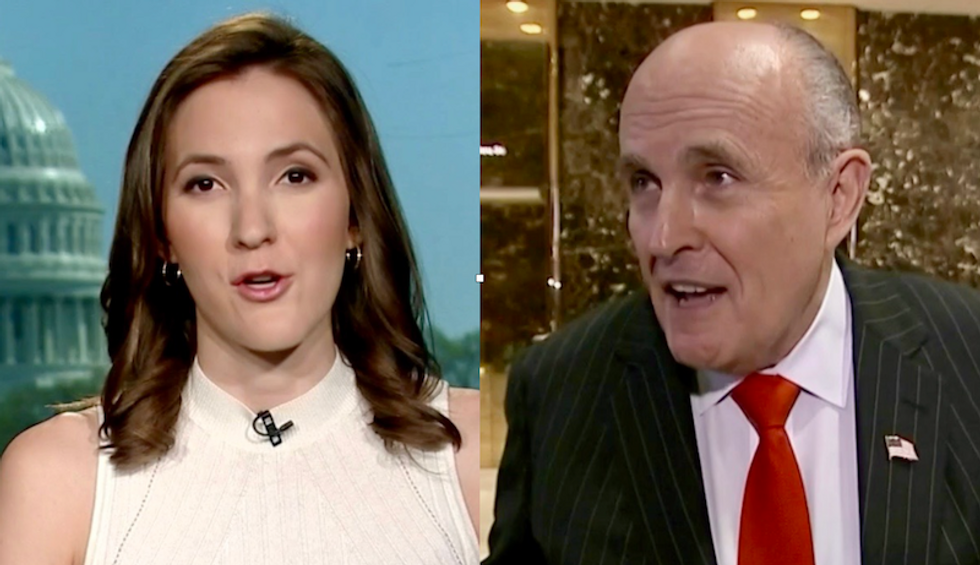 It's been a long time since former New York mayor Rudy Giuliani was involved in a high-profile criminal case.

Depending on how you define it, it could be 30-plus years since Donald Trump's new lead lawyer was in the trenches on a major case like this.

This has led to some snickering by lawyers who say the 73-year-old is "already blowing it."

But Trump didn't have much of a choice, says Betsy Woodruff of The Daily Beast. That's because so many other, better lawyers have already been snapped up.

"Lots of attorneys can't work with the president because they're what's called 'conflicted out'—they have another client that is already enmeshed in the probe," she said on MSNBC Saturday night. "This probe is so big, and has brought in so many attorneys and firms, that just by process of elimination Rudy Giuliani was practically the last attorney standing."

Giuliani does have a name, and is good on TV. But that comes with some liabilities, she explained.

Woodruff pointed out that Giuliani has already bungled one of Trump's major legal issues. When Trump tried to roll out an unconstitutional ban on people from some majority Muslim countries as a way of discriminating against people of a certain religion, Giuliani gave opponents the ammunition they needed to kill the ban in court.

"Giuliani went on Fox News and bragged that the whole thing was his idea, and that he came up with the travel ban as a legal way of doing a Muslim ban," she said. "So Giuliani likes to sort of insert himself into some of these controversies and big controversies of the day. It remains to be seem if he's more of a constriction player this time around than he was during the travel ban ruckus."