Trump and Macron don't have a 'Bromance' — It's a power struggle 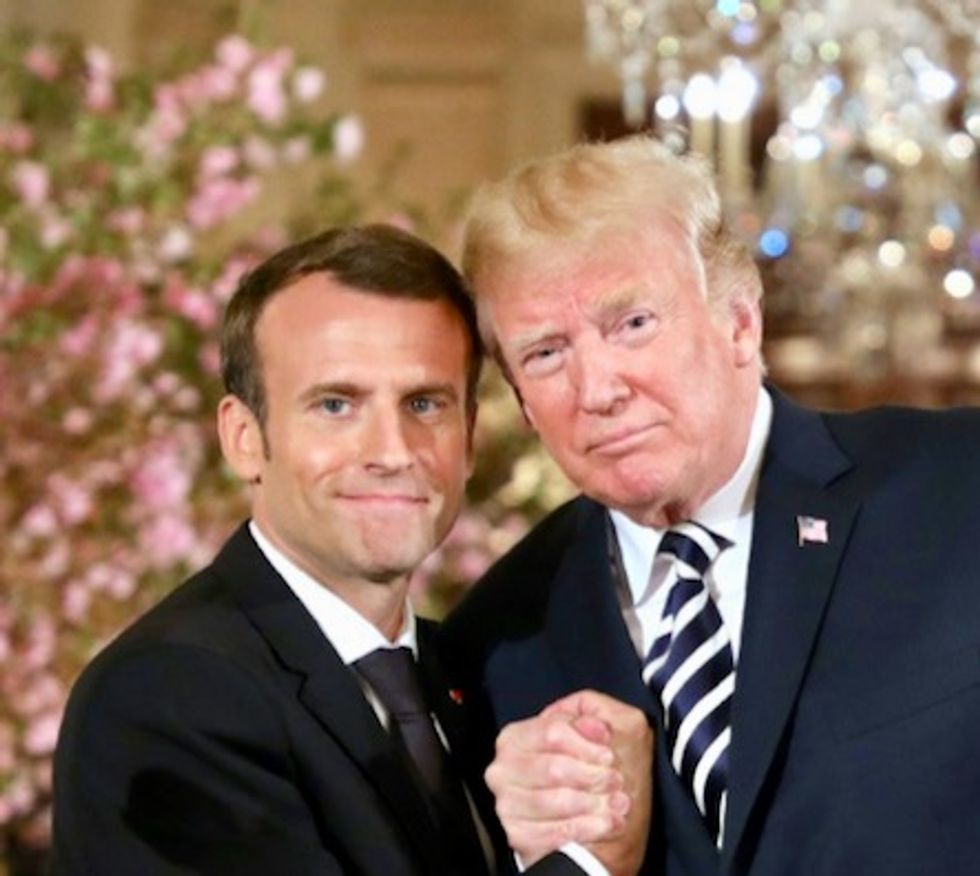 President Donald Trump and French President Emmanuel Macron's excessively friendly interactions on Tuesday revealed something much closer to a power struggle than a true friendship, according to CNN reporter Kaitlan Collins.

The two world leaders held hands, embraced, and gave each other kisses on the cheek during their public events Tuesday, leading many observers to label the relationship a "bromance." At one point, Trump even plucked a piece of dandruff off Macron's suit and complimented his appearance.

But Collins astutely pointed out that these ostensible shows of affection weren't actually about friendship.

"This is not a bromance—it's who can outdo the other," she said on "The Lead" with Jake Tapper. "I'm speaking purely about physical interactions, not what they said about the Iran deal.  But if you watch them, they're constantly trying to outdo each other. When they were on the Truman Balcony earlier, they were trying to out-wave each other, see who could be the last to wave to everyone standing on the South Lawn."

She continued: "Earlier, when they were walking to the Oval Office after they welcomed everyone on the South Lawn, Trump was essentially was like dragging Macron ... it's an aggressive power-move there, trying to outdo each other physically."

“This is not a bromance, it’s who can ‘out-do’ the other.” CNN’s @kaitlancollins explains the touchy relationship between Presidents Trump and Macron https://t.co/n5ZG22zE8x pic.twitter.com/qJQGSlEVkC