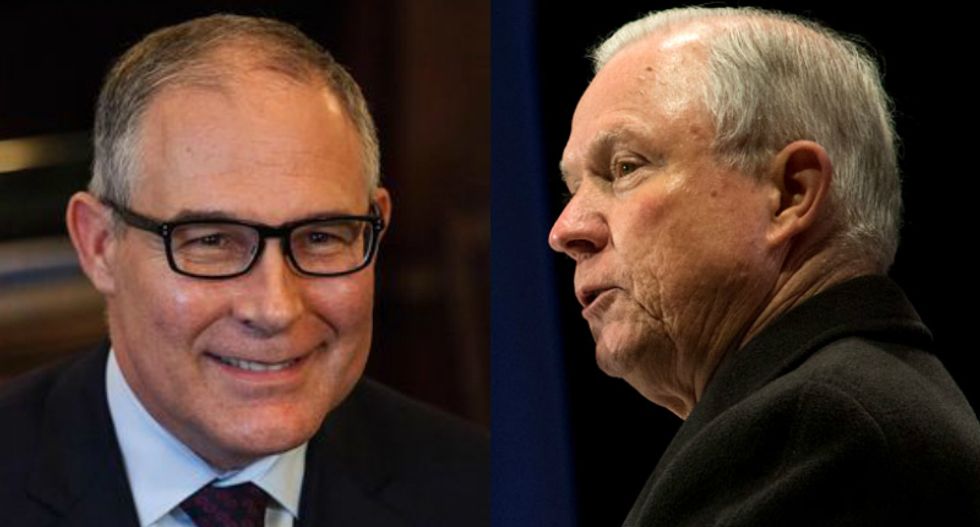 Despite the increasing controversy surrounding Environmental Protection Agency administrator Scott Pruitt, President Donald Trump has, as recently as this week, floated the idea of him replacing Attorney General Jeff Sessions.

"He was 100% still trying to protect Pruitt because Pruitt is his fill-in for Sessions," a source familiar with the president's thinking told CNN.

Trump has been known to float "several people a day for multiple positions in his administration that are already occupied," CNN noted — but this "proposition reveals just how frustrated Trump remains with Sessions because of his decision to recuse himself from overseeing the Russia investigation more than a year ago, while signaling how confident he has remained in Pruitt despite a dizzying number of ethics issues."

Those issues appeared to reach a head over the past week after reports revealed Pruitt was renting a Capitol Hill condo for $50 a night from the wife of an oil lobbyist. Since those initial reports, more information about Pruitt's relationship to the lobbyist has come to light, including that fundraisers were held at the condo during the time EPA head used it in 2017.

On Tuesday, The Atlantic reported that Pruitt circumvented the White House to give large raises to two EPA aides that he knew from Oklahoma. The next day, Fox News interviewer Ed Henry grilled him about the raises, which Pruitt claimed he had just learned about.