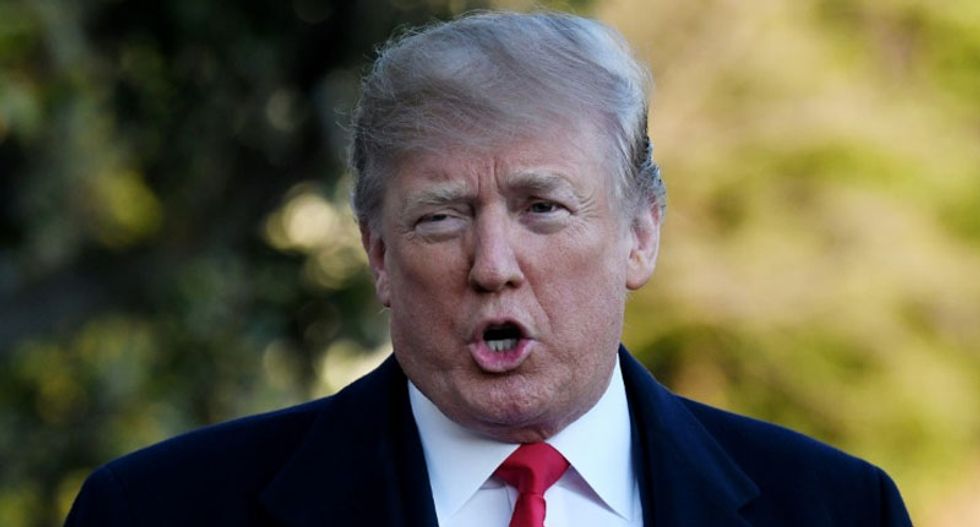 President Donald Trump tweeted an oddly specific denial of a New York Times report on a payment he received for a campaign speech by a Ukrainian steel magnate -- and followed up by possibly admitting to obstruction of justice.

The newspaper reported Tuesday that Ukrainian billionaire Victor Pinchuk made a $150,000 donation to the Trump Foundation in September 2015 in exchange for a 20-minute appearance via a video link to a conference in Kiev.

Trump frequently challenges news reporting as false, but his denials are typically broad -- although this one challenged the allegations in specific detail.

"The Failing New York Times wrote another phony story," Trump tweeted. "It was political pundit Doug Schoen, not a Ukrainian businessman, who asked me to do a short speech by phone (Skype), hosted by Doug, in Ukraine. I was very positive about Ukraine-another negative to the Fake Russia C story!"

The payment -- the largest received by the foundation in 2015 from anyone besides Trump -- is under investigation by special counsel Robert Mueller.

The Times reported that Schoen, a frequent Fox News guest who has known Trump for years, set up the event in August 2015 through Trump Organization attorney Michael Cohen, whose home and office were raided Monday by FBI agents.

The president continued complaining about the Mueller investigation and coverage of his administration in a series of early morning tweets, including one where he describes obstruction of justice as "fighting back."

"No Collusion or Obstruction (other than I fight back), so now they do the Unthinkable, and RAID a lawyers office for information! BAD!" Trump tweeted.