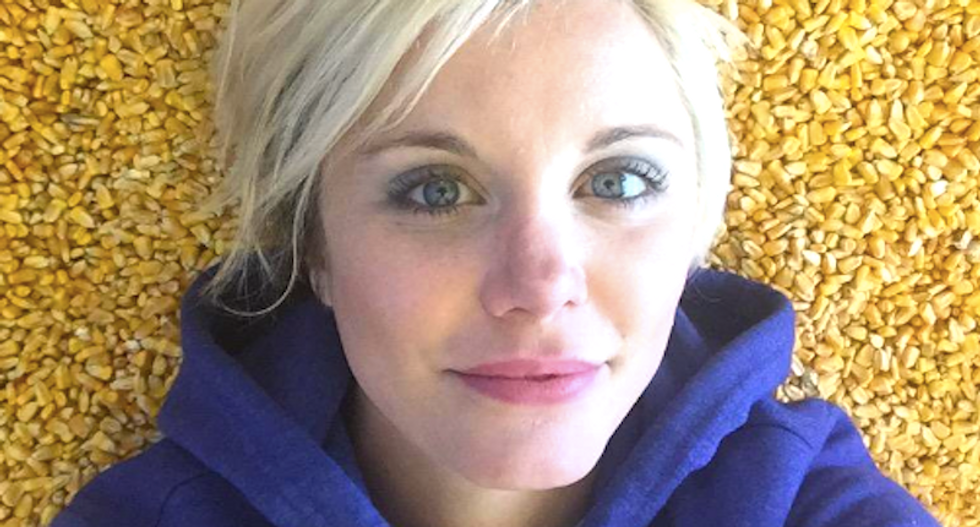 An author shared an anecdote on Twitter about her young daughter complaining about having a "boy" dentist -- and menacing threats and hateful comments poured in after a conservative gadfly directed his audience to the viral tweet.

Writer Alissa Nutting tweeted Monday evening about her trip to the dentist, and the post was shared over 44,000 times and received more than 341,000 likes over the next few days.

"My daughter started crying at the dentist office bc the dentist 'is a boy' and the dentist said 'sorry, there are no girl dentists at this office' & my daughter looked at me & said 'why did we come here,'" Nutting tweeted. 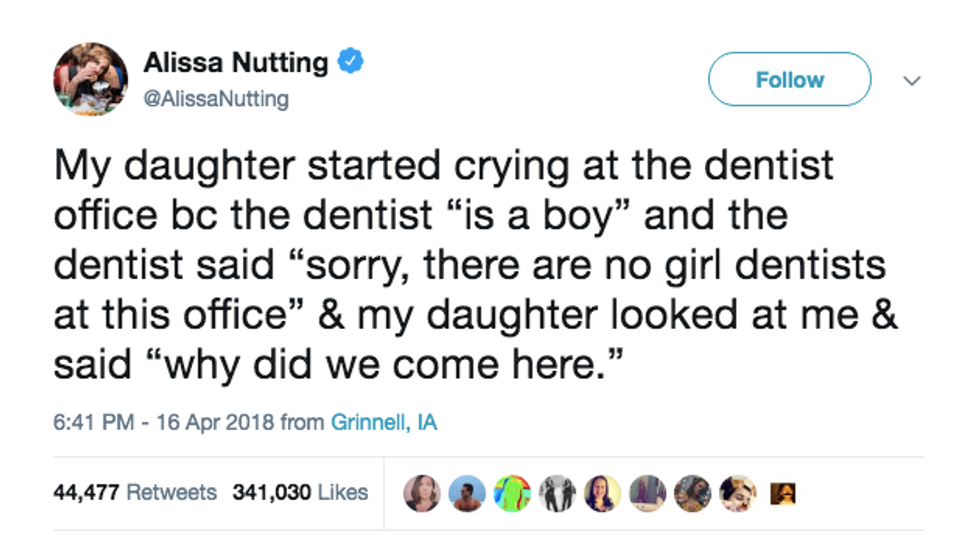 "Perhaps you should have informed your daughter that as of 2014, 47.7% of all dental students were women, rather than letting her believe that your unrepresentative dentist office is an indicator of widespread sexism," Shapiro tweeted. 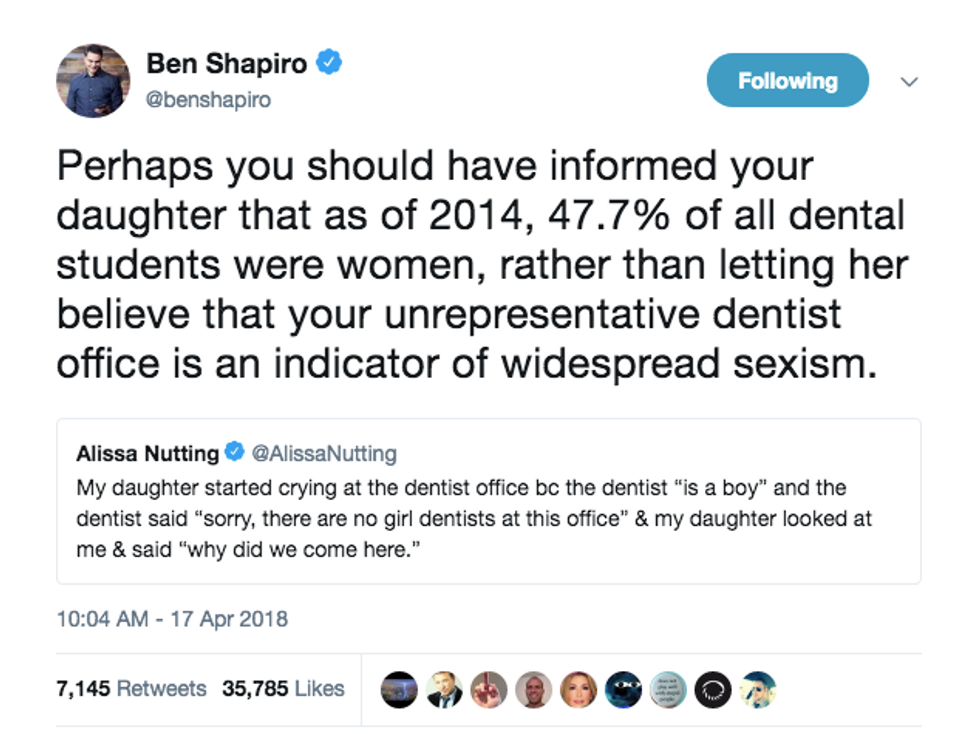 "Jesus Christ, imagine what she’s gonna be like when she grows up if you pander to this bs now," tweeted Shapiro fan Helen Wood. "Tell her to shut her whiny ass up or her teeth will go mouldy & fall out!"

"My daughter said your daughter whines too much and just to enjoy the nitrous," tweeted a gun lover named Chris.

"Why didn't you slap your little feminazi brat?" tweeted Justin Siddons. "Did she not ask the dentists which of the 1000's of genders they identify as, at that moment? Bigoted little sh*t needs reporting to the gender stazi's."

"Then you’re a bad parent, I asked my daughter if she prefers men or women when it comes to anybody checking her out," tweeted a Trump supporter named Alf.

"Anybody who raises daughters that cry because they meet a male professional should have child protective services called on them," tweeted Shapiro fan Ed Gee.

"Hope you told her to stop acting like a whiney ass girl. Nothing worse," tweeted Carmine Davis.

At least one social media user made a lewd comment about the child, and several others suggested she was the victim of abuse, while others publicized the family's hometown and tagged other prominent Twitter conservatives.

Nutting's husband weighed in after the threats poured in.

"I can't believe my family is getting death threats because of this tweet," tweeted author Dean Bakopoulos. "We like our dentist. And my wife actually helped our PRE-SCHOOLER through the appt, bc she's a good mom. But you men who've threatened violence over a funny thing our kid said, you gotta be less fragile." 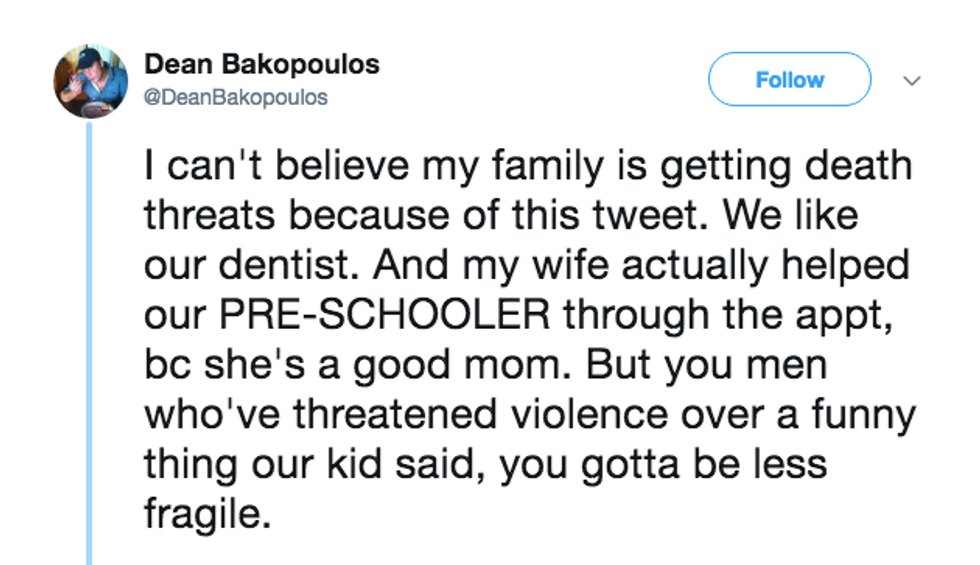 Bakopoulos said the tweet was meant as a funny anecdote for friends and fans, and he called out Twitter and its CEO for taking no action against the "maniacs" who sent menacing comments to his wife.

"Rest assured our four year old got her teeth cleaned by our local dentist and did not destroy the patriarchy yesterday," he tweeted. "Now please leave our family alone."