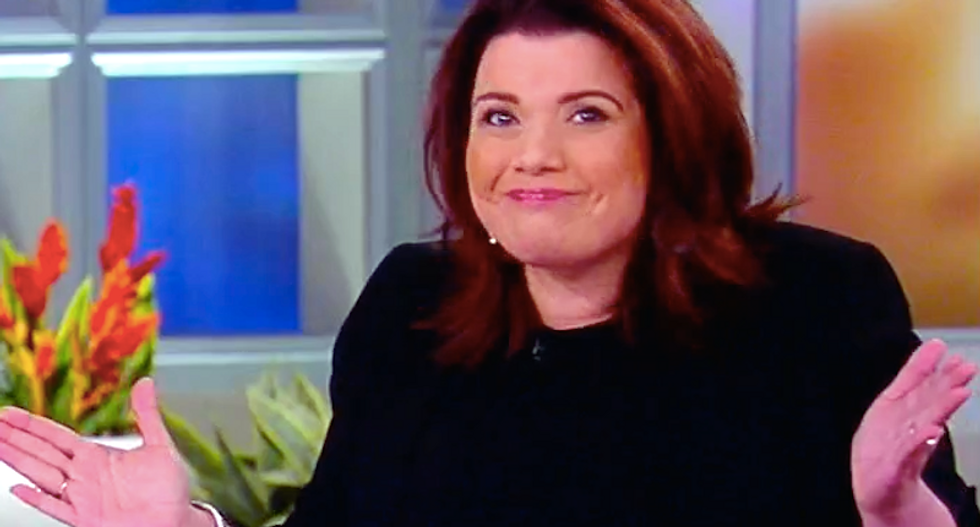 Ana Navarro co-hosted "The View," where she tried to calm down the other panelists over Republican lawmakers calling for Justice Department investigations of President Donald Trump's political enemies.

The Republican consultant and CNN contributor filled in for Meghan McCain, who took off to see her ailing father, Sen. John McCain, and tried to put the letter signed by 11 GOP lawmakers into context.

"Look, there's 515 members of Congress, between the House and the Senate," Navarro said. "These 11 in particular are right-wing Republicans, they are strong supporters of President Trump, people like Ron DeSantis in Florida, Ted Yoho, Matt Gaetz -- very strong supporters of the president."

But Navarro urged her "View" co-hosts not to worry about Trump's authoritarian aspirations.

"You can find 11 people in Congress at any given time to call for an investigation on Mother Theresa -- and she's been dead for 15 years," Navarro said.