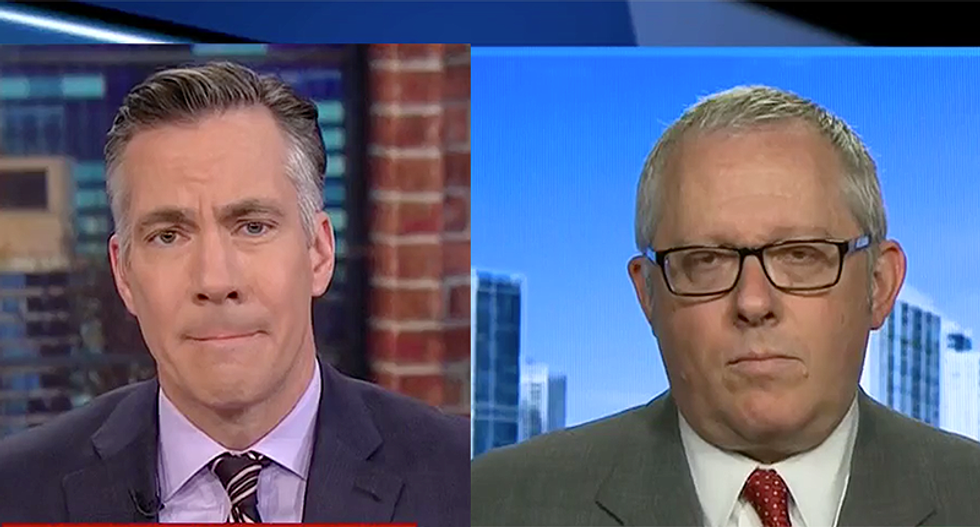 During a shocking interview with Michael Caputo, the former advisor to President Donald Trump scrambled to justify the tweets blaming Democrats for not having a deal on Deferred Action for Childhood Arrivals (DACA).

As is frequently fact-checked, Democrats do not hold the majority in any branch of government. So Trump's problems seem to stem from his inability to control his own party and garner the results he desires. Caputo tried to explain that “in his mind” it is the fault is the Democrats — although not in reality.

They went on to discuss Ann Coulter's recent media tour calling herself a "Former Trumper" because he has lightened his position on immigration.

Guest host Jim Sciutto noted that it seems Trump is flip-flopping because his base is angry about the inaction on "the wall" and surrounding immigration.

Sciutto asked why then Trump spent the weekend with Fox News hosts. Caputo explained that they are in the "TV news business" and "the president is in the TV news business." Thus, he seeks out those people.

Host Alisyn Camerota seemed annoyed at the implication. "The president does not come from TV news. The Apprentice is not TV news," she said.