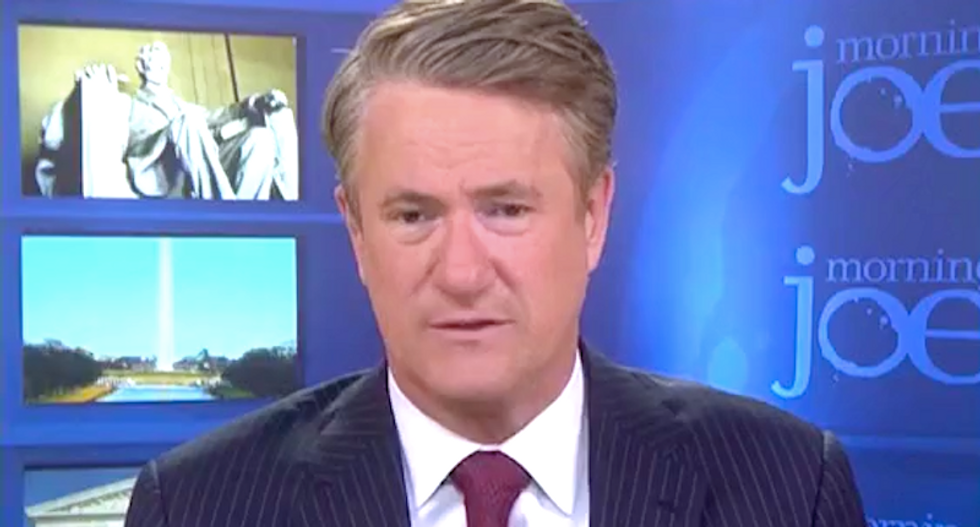 The "Morning Joe" host bashed the broadcast company for making its anchors read a script promoting a conspiracy theory about "deep state" government employees trying to bring down the president, and said station owners had abused their viewers' trust.

"We are trying to figure out any example of newspapers or television stations that actually gave people scripts and ordered them to read it," Scarborough said. "It would be like the New York Times going to Nick Kristof, saying this is the op-ed that you're going to put in the newspaper this week, and you're going to sign your name to it and go, and these local anchors -- what they're doing is they're employing the people who really are the most trusted faces in news, and those are America's local anchors."

Scarborough said the company's motivations were clear, as Sinclair awaits FCC and Justice Department approval for its proposed $3.9 billion merger with Tribune Media.

"What this sounds like (is) where you have somebody that's trying to get favors with the president, with the White House, sending out scripts to journalists all over the country and not only do they have must-read, must-perform segments," Scarborough said, "but more disturbingly to a lot of these anchors, they are scripts that they are forced to read, that set up the segments, that frame is segments and so many of these anchors we're starting to find out believe that it's just pure propaganda that they're pushing to promote Donald Trump."