WATCH: InfoWars' Alex Jones breaks down in tears after learning 'Trump crapped all over us' by attacking Syria 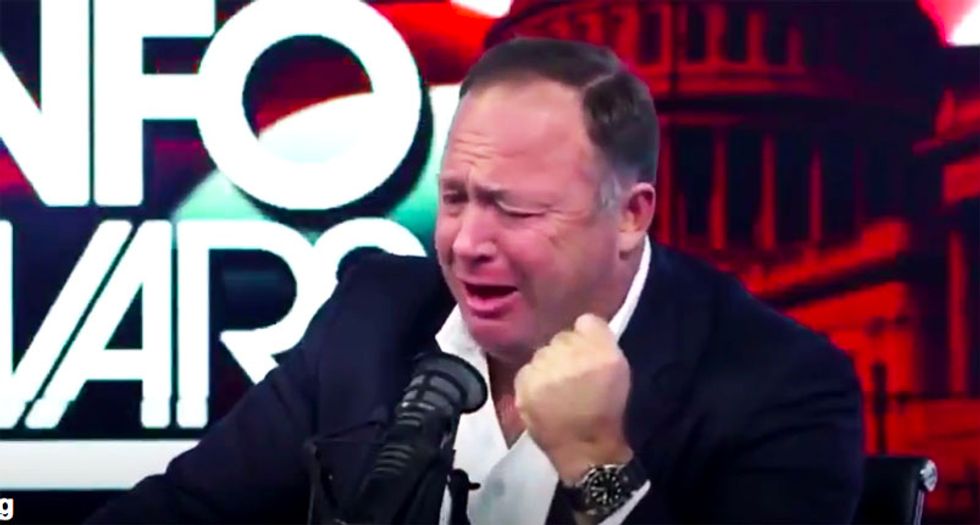 InfoWars founder Alex Jones had a weeping meltdown on Friday night after learning that President Donald Trump joined with France and the British to launch an attack on Syria in retaliation for a reported chemical attack on the residents of Douma.

Reacting to the news of the military incursion, the anti-interventionist Jones lamented that, "Trump is crapping all over us."

"If he had been a piece of crap from the beginning, it wouldn’t be so bad,” Jones continued as he burst into tears and had to pause..“We’ve made so many sacrifices and now he’s crapping all over us. It makes me sick."

According to the conspiracy theorist, Trump had been “doing so good,” before pronouncing the president a "fraud,"  and saying his administration is "done."