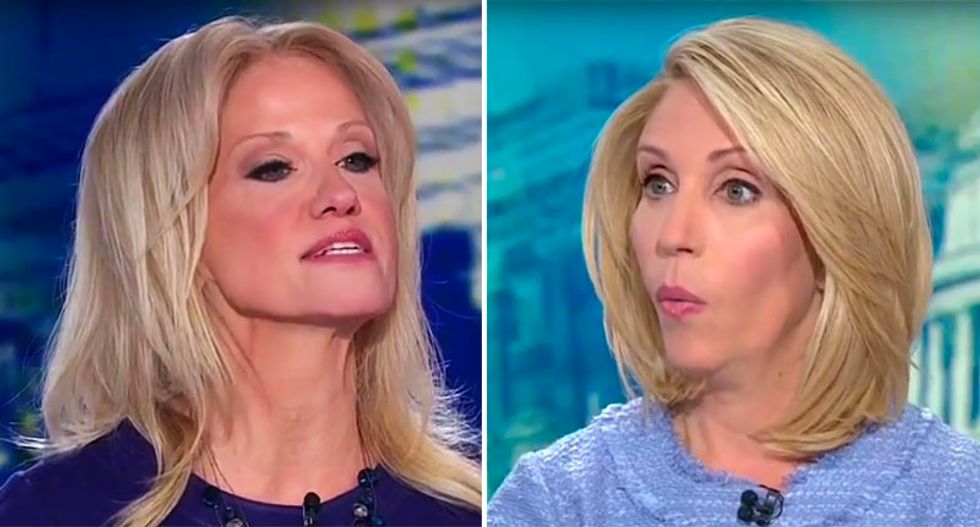 Following a back-and-forth between Trump adviser Kellyanne Conway and CNN's Dana Bash about the president's tweets about Micheal Cohen flipping, the CNN host host turned personal and brought up tweets critical of Trump written by Conway's husband -- since deleted.

“What is up with your husband’s tweets?” Bash asked, before reading off a few of them.

“It’s fascinating to me that CNN would go there, but it’s very good for the whole world to have just witnessed that it’s now fair game… how people’s spouses and significant others may differ with them," Conway shot back. "That should really be fun.”

After Conway attempted to play the woman card, Bash informed the Trump adviser that she would have asked the same question if  Conway was a man.

“No you wouldn’t,” Conway shot back

Conway then accused Bash of asking a question “meant to harass and embarrass,” and claimed it was possible for  spouses have different opinions. She then took another jab at CNN, saying the network just had a "cross the Rubicon moment.”