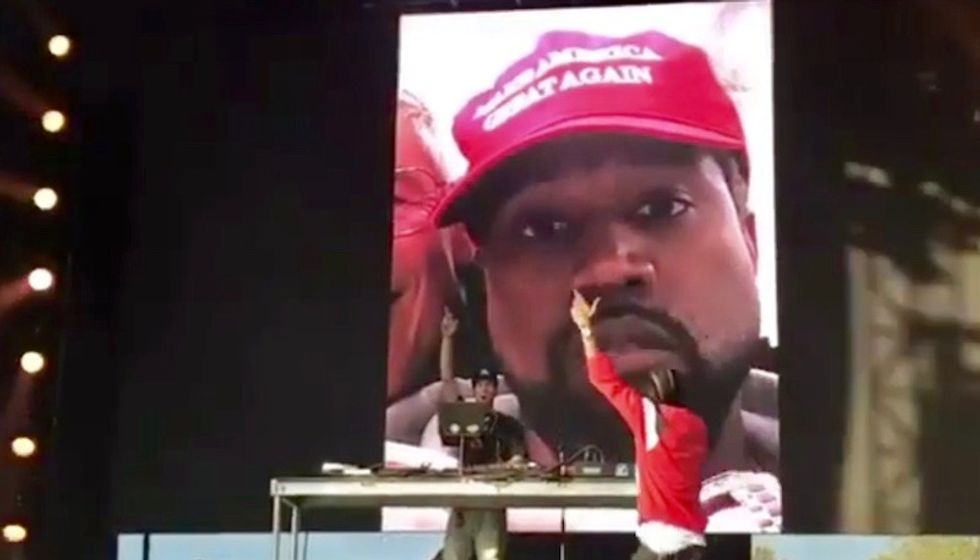 LA rapper Nipsey Hustle, who teamed with YG to release a Donald-diss called "FDT" in 2016, went out of his way to disrespect Yeezus on stage at the Broccoli City Festival in Washington, D.C. on Saturday night.

Hustle performed "F*ck Donald Trump" with Kanye's Make America Great Again hat selfie behind him. At one point he turned with his middle finger extended to West and his friends.