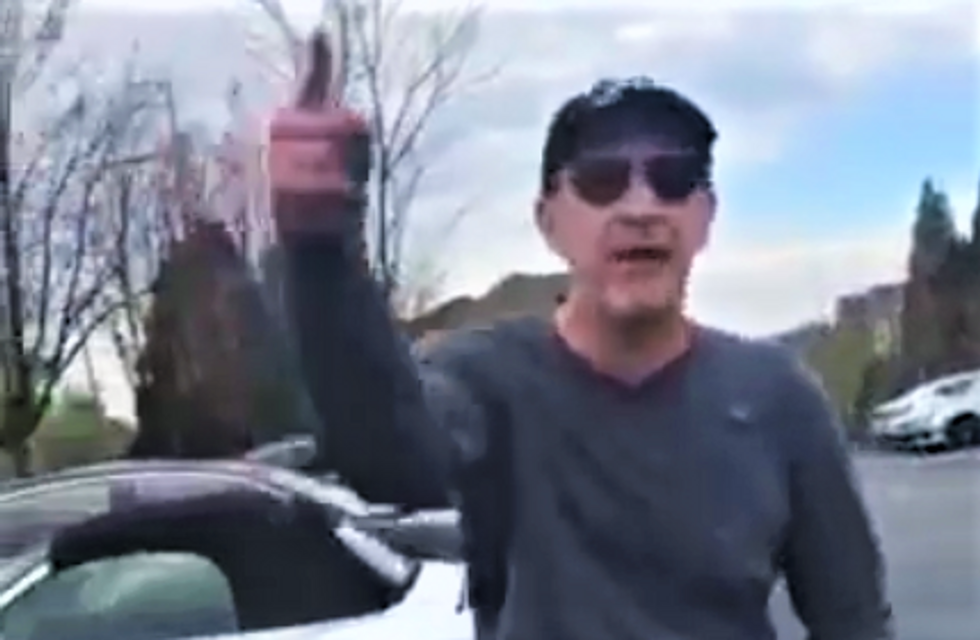 Eric DeKeyser, who was caught on camera yelling racial slurs at a black teacher (Screen cap).

A white man in Georgia was arrested after he was caught on camera going off on a profane, racist tirade against a black teacher in a shopping center parking lot.

In the video, which was posted on Facebook by teacher Terrence Stover last week, a man whom police later identified as 49-year-old Eric DeKeyser was seen hurling angry invective at Stover.

The video begins with Stover accusing DeKeyser of "calling me a n*gger for no reason." DeKeyser responds by saying, "Yes, because I knew it would get a f*cking rise out of you, because you're acting like one!"

In his Facebook post about the incident, Stover said that he believed DeKeyser was carrying a handgun in his pocket -- and that he was trying to bait Stover into physically attacking him so he could then shoot him and get away with it thanks to Georgia's "stand your ground laws."

"I did not take the bait," Stover said. "I was lucky that people in the shopping center saw what was happening... However, this situation could easily have gone another way and I am blessed that it did not."

According to local news station WSBTV, police arrived on the scene, reviewed the video taken by Stover, and arrested DeKeyser for disorderly conduct.