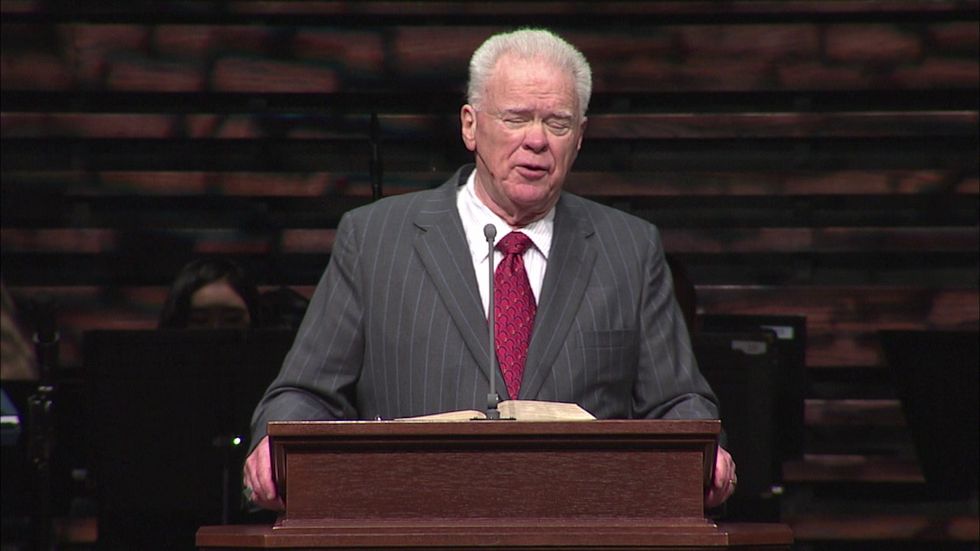 After Paige Patterson, leader of the Southwestern Baptist Theological Seminary, defended sexist comments he made in the past, more than 1,000 women within the church signed an open letter condemning him and calling for his expulsion.

The Washington Post reported that the letter, sent from the large group of concerned Southern Baptist women to the seminary, calls on the church to offer a "decisive response" to Patterson's past comments that included the objectification of a teenage girl.

In 2014, Patterson told a "joke" during a sermon about a "very attractive young co-ed” who he noted “wasn’t more than about 16."

"Mmmmmm," Patterson said in the resurfaced recording of the sermon. "Let me just say, she was nice.”

In the sermon, the Southern Baptist leader jokingly suggested another man ogling the teen was "just being biblical" — an assertion the women of the church rejected.

Along with the 2014 comment, Patterson also defended advice he gave from the pulpit during a 2000 sermon in which he said abused women should stay with their husbands to avoid the sin of divorce — even if it results in them suffering worse blows at their spouses' hands. In response to the growing schism among Southern Baptists about his remarks, Patterson said he could not "apologize for what I didn't do wrong" during the seminary's commencement ceremony on May 4.

"This pattern of discourse is unbefitting the sober, wise, and sound character required of an elder, pastor and leader," the Southern Baptist women wrote in their letter to the seminary's board of trustees. "It fails in the call to protect the helpless, the call of Christ to love our neighbor as ourselves, and the biblical standard of sexual purity. These comments are damaging, sinful, and necessitate a decisive response."

"It seems inevitable, for instance, that a youth pastor in any of our churches would be removed from his position if he made the comments that Dr. Patterson made at the Awaken Conference in 2014," the letter noted.