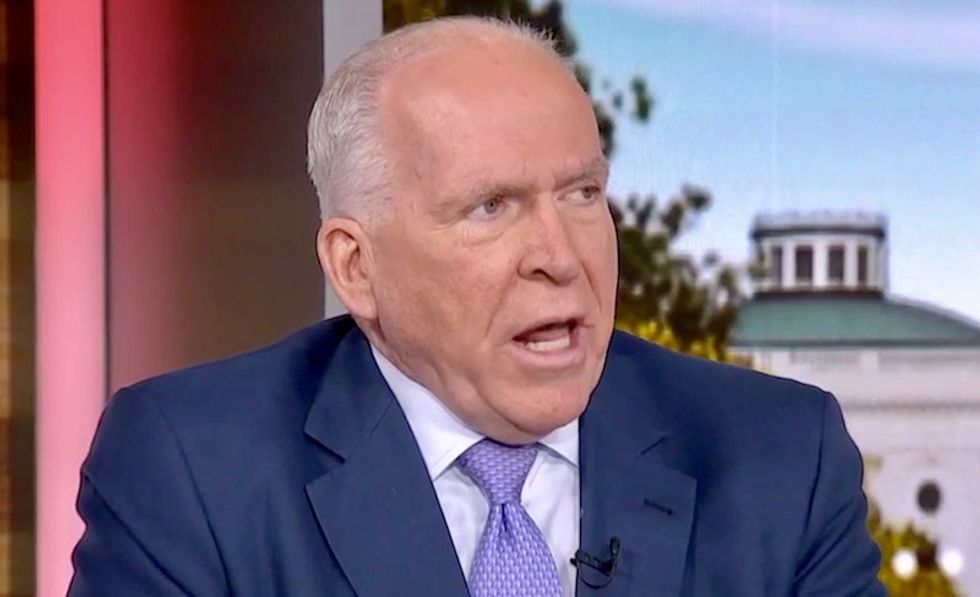 Why has no former American president been able to schedule a summit with Kim Jong-un?

Maybe it's not that they couldn't, it's that they didn't want to because they saw him as a bloody and murderous despot?

That's how former CIA director John Brennan explains it. Brennan went on MSNBC Tuesday afternoon and slammed Trump's approach to negotiations, which Republicans are already bragging about by nominating him for a Nobel Peace Prize.

"Kim Jong-un expertly sabre-rattled so he can switch and appear much more accommodating and present a more peaceful face. Now we've gone from Mr. Trump calling him 'Little Rocketman' and 'Sick puppy' to honorable and nice.... He manipulated perceptions and duped Mr. Trump."

Could Trump's approach lead the denuclearization of North Korea? Brennan gave it a ".01" percent chance.

"He has worked over the last six years, and his father worked, to have this nuclear capability as a way to deter foreign military aggression led by the United States and South Korea," he said. "I don't see any scenario he is going to give that up quickly, willingly, and so I think what he's trying to do is to, again, present an appearance of accommodation. He is going to put on pause a program that already has developed a nuclear stockpile."

"I think it's deliberate. He's been very strategic. He escalated in order to de-escalate and reach a plateau that allows him to retain that nuclear and ballistic missile capability, draw out negotiations over time and in the meantime get the economic benefits he has been looking for," he said.