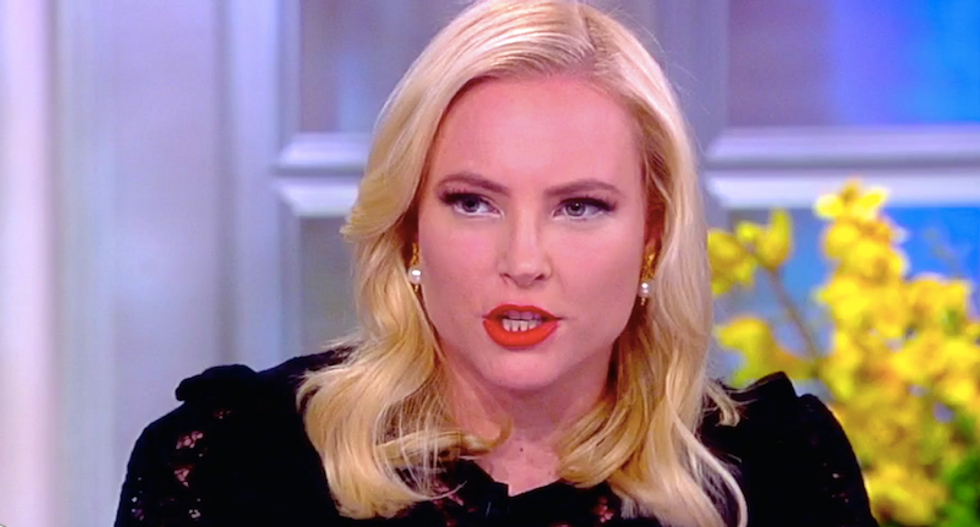 Speaking with ABC, the daughter of Sen. John McCain said that during the phone call she had with Kelly Sadler, a special assistant to President Donald Trump, the White House aide promised she would be making a public apology to the cancer-stricken Arizona Republican -- but has not heard a word since.

On Thursday, Sadler made a joke in front over 20 White House insiders, saying no one should care about McCain's opposition to Gina Gaspel, Trump's nominee to head the CIA, because Sen. McCain is "dying anyway."

After the story was leaked, Sadler called Meghan McCain to apologize, which the senator's daughter confirmed from her perch on ABC's The View.

At that time McCain said, "I don’t understand what kind of environment you’re working in when that would be acceptable and you can come to work the next day and still have a job. That’s all I have to say about it.”

However, according to Tara Palmeri, Meghan McCain did not remain silent, telling ABC she extracted a promise that Sadler has not fulfilled.

"When I had a conversation with Kelly [Sadler], I asked her to publicly apologize and she said she would," McCain relayed. 'I have not spoken to her since and I assume that it will never come."

.@MeghanMcCain tells @ABC: "When I had a conversation with Kelly [Sadler], I asked her to publicly apologize and sh… https://t.co/WDzSvPwhZI
— Tara Palmeri (@Tara Palmeri)1526235559.0