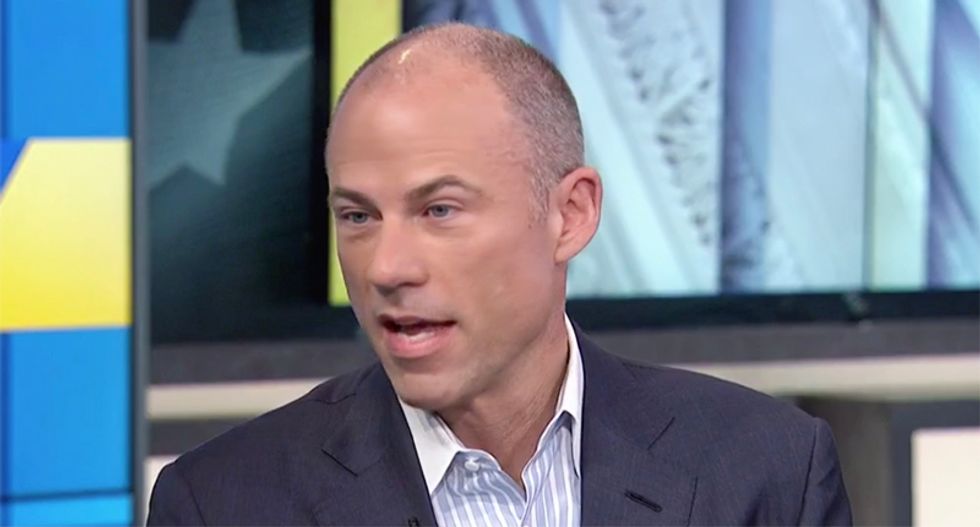 Attorney Michael Avenatti followed that up with a warning to other Cohen contacts to come clean now because he will be coming after them.

Speaking with host Joy Reid, Avenatti pointed the finger at the law firm of Squire Patton Boggs, with whom Cohen reportedly held meetings at the same time he was lining up clients with promises of influence with Trump.

"Here's another issue that hasn't been touched on yet and I think it's going to be the next front of inquiry," the attorney explained. "Shortly after the election, Michael Cohen forms a relationship with a very well known law firm in Washington, D.C.. by the name of Patton Boggs. And Patton Boggs has a long history of lobbying and being involved between companies and the U.S. government, that's a very unusual relationship to have been formed right after the election."

"It's clear to me what he sold them," he added. "What he sold them was a book of clients, a book of corporations or individuals that had already retained him for access to the U.S. president. That needs to be the next inquiry; what did Patton Boggs know, and when did they know it? Did they know that Michael Cohen was lobbying? Did they not know it?"

Avenatti then turned to the camera to deliver a warning to anyone who has been in contact with Cohen.

"What I'm going to say is, if folks want to continue to hide this stuff and cover it up, I think it's fantastic. because I'm going to out them, okay?" he stated. "We're going to out them, bring all of this stuff to light. So if you're out there and you have stuff relating to your relationships with Michael Cohen that you have a reasonable doubt is going to come out, you should be concerned, because they are going to come out. You better come clean with the American people. You better try to get out in front of this, period."