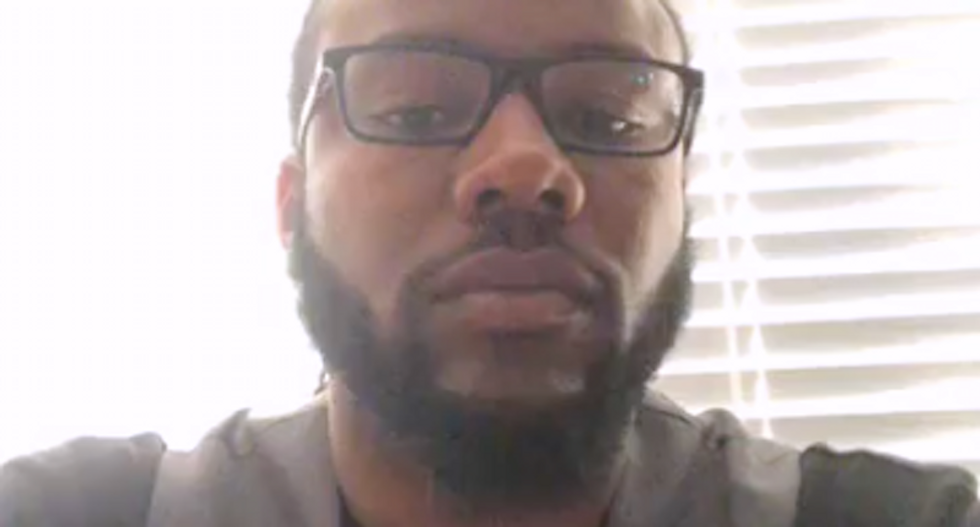 A black Texas city councilman admits he overreacted when he was stopped by police for speeding -- but he still believes the officer racially profiled him and he won't resign after his arrest.

La'Shadion Shemwell posted a Facebook Live video Thursday night explaining his arrest earlier this week, which he said came after an officer pulled him over for "being black with dreadlocks," reported the Dallas Morning News.

Shemwell serves as a city councilman in McKinney, the north Dallas exurb where police broke up a black family's pool party in an infamous 2015 video.

"It's very unfortunate when we have to talk about race," Shemwell said in the video. "I hate whenever I talk about race that people bring up that I'm using the race card. My race and ethnicity is not a card -- it's not something I can turn on and turn off. So although it makes people uncomfortable when I talk about race, it's something I'm going to do."

The councilman admits he was "argumentative" and "abrasive" after reviewing body camera video of the traffic stop, but he still believes he was stopped because of his race.

McKinney police Officer K. Wilkerson stopped Shemwell early Tuesday evening for allegedly driving 55 mph in a 35-mph zone, and he also cited the elected official for having an outdated address on his driver's license.

Shemwell repeatedly refused to sign the citations, and the officer arrested him.

McKinney's mayor, George Fuller, said he "begged" Shemwell to wait until he reviewed body cam video before speaking out against police -- but the councilman said this wasn't the first time he was stopped "for no reason."

"The conversation over racial injustice and disparities has to continue," Shemwell said. "The effort to build bridges between communities, to build trust among all of us has to continue. I'm committed to that work, and that is why I ran for office."

The mayor said Shemwell was making assumptions about the officer and exploiting the incident to advance his own beliefs about police.

Shemwell, who was arrested two years ago after refusing to give up his AR-15 rifle during a protest of a fatal police shooting of an unarmed black suspect, has been an outspoken advocate against police brutality.