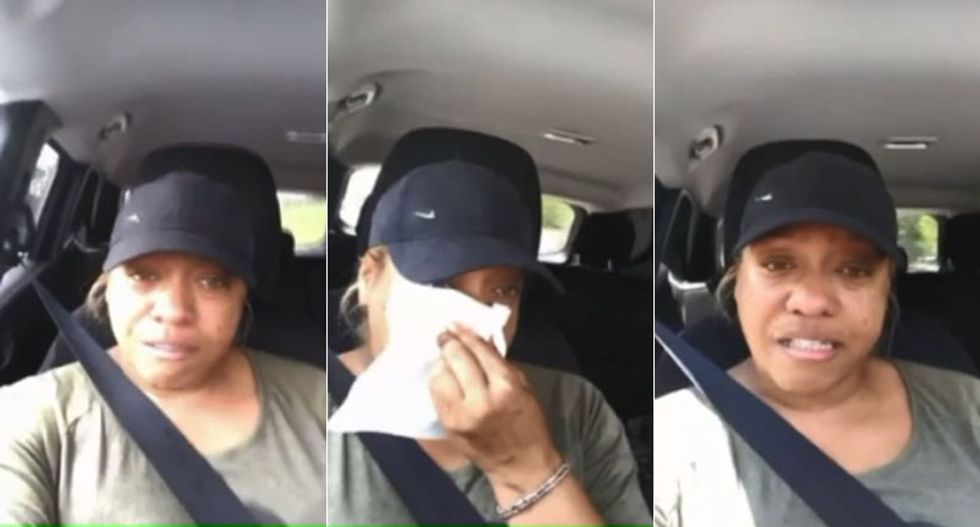 A black woman in Virginia took to Facebook to complain that she was “bullied by a racist cop” who made her fear for her life during a traffic stop, according to local news outlet WTVR.

The video shows a deputy stopping Hilton-Williams for speeding.

The deputy tells Hilton-Williams that the speed limit is 55, and she was clocked driving at 70 miles per hour.

But Hilton-Williams complains that she didn’t see any speed limit signs.

"So your court date will be June the 6th at 10:30 for speeding 70 in a 55,” the deputy says. “You have the option to prepay this. I'm going to give you a phone number, plus a website that has our courthouse information. If you contact our courts they will tell you what the fine is, answer any one of your questions and if you decide to prepay it, you do not have to come to court."

Hilton-Williams insists she will not be paying the ticket and plans to hire a lawyer. She then refuses to sign the ticket.

"Hold on... So, what you are signing here is a promise to either come to court or promise to prepay. It is not an admission of guilt," the deputy says.

"If you refuse to sign the summons at this point, I'm gonna have to get you out of the side of the police car, place you under arrest and take you in front of a magistrate. I will get your vehicle towed and go from there. So, yes ma'am you do not have a choice."

Hilton-Williams told WTVR that she remembered the situation differently. But she insisted that she feared for her life during the interaction.

“I felt that it was threatening and I didn't feel safe because he's got the gun and he's got the badge," she explained.

"I wish society was different, I wish it wasn't normalized. I wish that everybody's traffic stop was the same so that people would just feel normal," she added. "I certainly did feel Sandra Bland. I saw that and felt it... like that was about to happen to me. Like, what do I need to do and that I was scared."

The Brunswick County Sheriff's Office said the deputy did nothing wrong. Hilton-Williams told WTVR she plans to file a complaint.

Watch the body camera video below: