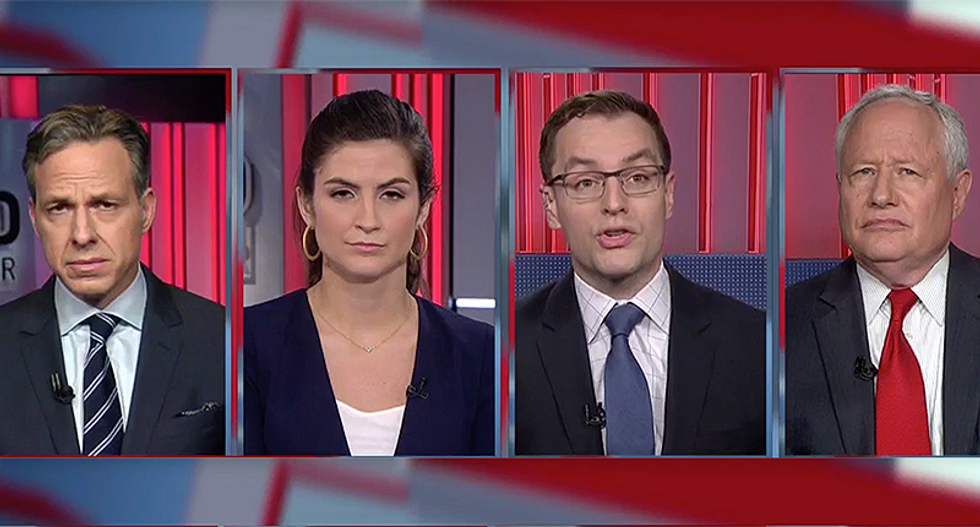 "I think what's new today is that you are starting to see the president's own team have to back off a little bit," Mook told CNN's Jake Tapper Thursday. "This press conference was fascinating because you could see Sarah Huckabee Sanders is probably now worried personally if she is aiding and abetting the lying actively and knows she is lying it is potentially obstruction of justice. I'm not a lawyer but you could almost see it in her demeanor."

He noted that something today changed.

"I probably used to think, naively, that the republicans will have to come to terms with this in the House and Senate and I wonder if where the dam starts is with the president's own staff. They will be in their own legal jeopardy if they continue to kind of play the game that they have been trying to play and actively participate in the lying the way that they have."

Watch Mook go through his full explanation below: