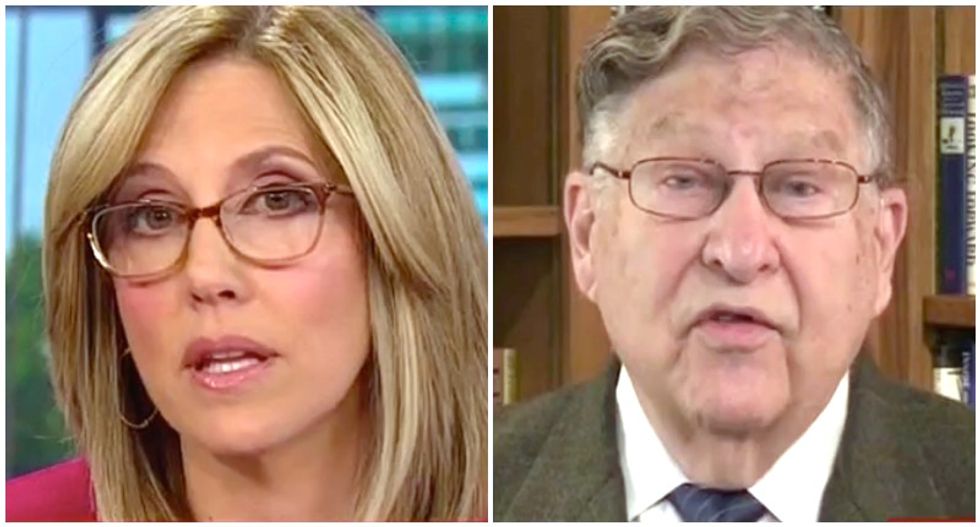 CNN's Alisyn Camerota felt compelled to justify to viewers why her network continued booking a Trump apologist former governor who refused to acknowledge basic facts during his combative interviews.

John Sununu, the Republican former governor of New Hampshire, said the FBI should immediately have notified the Trump campaign that foreign policy adviser George Papadopoulos had fallen under investigation into his claims about Russian hackers to an Australian ambassador.

Camerota asked whether federal investigators might have wanted to look into those claims before tipping off Trump and other associates, and Sununu said they should have called him first.

"You want to tip off the candidates and the leadership and the campaign that this is a bad -- a potentially bad apple, and they failed to do that," Sununu said.

Camerota expressed doubt that the FBI begins investigations by notifying potential targets, but the former governor insisted that was standard.

Camerota pushed back, saying FBI agents don't announce themselves before investigating a tip, and she reminded Sununu that the feds never even notified the public of their probe of the Trump campaign.

"There were investigations into the both of the campaigns, they only revealed one of that to the public," Camerota said. "We only knew about the Hillary Clinton one."

Sununu paused for a moment, and then acted as if Camerota's point proved the point he'd been making all along.

"Yeah, that's right," he said. "We only knew about the Hillary Clinton one because they refused to let -- they refused to let the Trump campaign know officially that there were serious issues that they had concern about, and why? Because I believe right from the top of the Obama administration, through leadership of the Justice Department into the FBI they were playing games with the election."

After the segment ended, Camerota took what appeared to be a subtle jab at the producers who kept booking Sununu, who also appeared Wednesday morning to challenge the special counsel probe.

"Things are always unpredictable with John," Camerota explained. "You never exactly know what you're going to get when you interview him, and that's why we enjoy having him on."