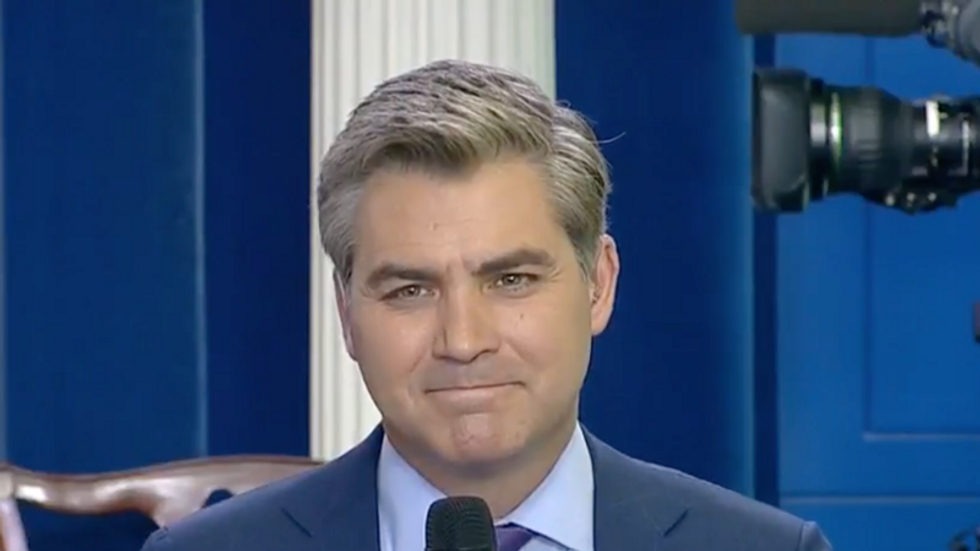 White House press secretary Sarah Huckabee Sanders walked into the Wednesday's press briefing with a prepared defense against why President Donald Trump has not condemned or apologized for the racist "joke" that Roseanne Barr made towards Valerie Jarrett.

Her defense was to place the blame on the media. CNN's Jim Acosta called out Sanders for her demeaning attack on the media, and lack of action to hold the White House to a higher standard.

"Sarah Sanders was careful to turn it back on the media, and asked why haven't personalities at networks apologized to people, but [Trump] launched his campaign saying Mexican immigrants are rapists," Acosta said. "He's said over the years in talking about African-American athletes, calling them sons of b*tches, calling them in Charlottesville, very fine people on both sides. These are all comments he's made over the years where people on both sides of the aisle have been clamoring, almost begging the president to apologize for comments he's made."

He continued: "You only have to go to a Trump campaign rally once in your life to hear this kind of hostility that he generates on an almost daily basis."

"So it's a bit much, I think, for the White House press secretary from the podium to come out here and try to shame the media and say it's somehow our fault that Roseanne Barr put out this tweet," Acosta said.