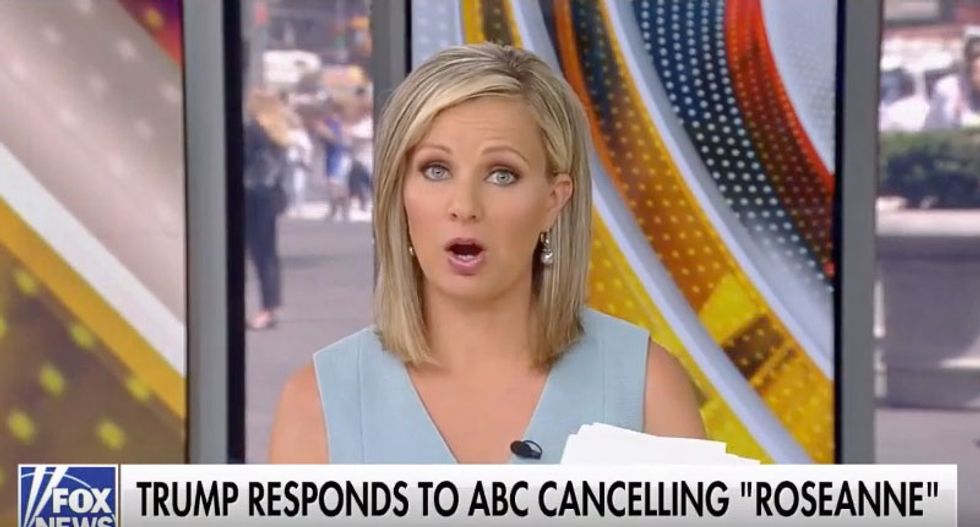 Fox News hosts were saddened by President Donald Trump tweeting attacks on ABC in the aftermath of the network cancelling the sitcom Roseanne after racist remarks by Roseanne Barr.

The network displayed Trump's tweet inserting himself into the issue.

Fox News senior judicial analyst Judge Andrew Napolitano believed it was a mistake for Trump to send the tweet.

"I don't think he should get involved at all, he's now involved," Napolitano counseled. "He's talking about himself, and getting people to talk about him and Roseanne."

"This is a lose, lose, lose for the president," the former New Jersey Superior Court judge explained. "I'm sorry he sent this tweet out, but he did."

"I know though that when most of us read the tweet for the first time, I thought it was you," host Sandra Smith said, gesturing off-camera. "When we sat down who said, 'oh no!'"

"It just doesn't help him in any way," Pavlich concluded.