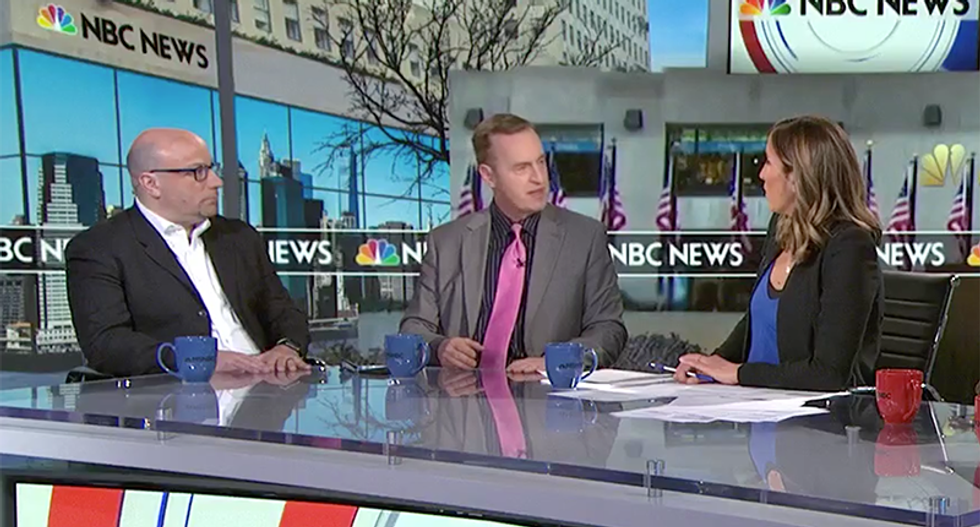 Ten years after the Columbine shooting, writer and reporter Dave Cullen authored a book that followed the evolution of the shooters' lives as well as those students who have struggled in the years since. He also noted that the gun lobby seems to be conveniently neglecting to mention how school violence is manifesting in other countries.

As the United States witnessed it's 12th school shooting in the five months of 2017, Cullen brought up the outbreak of knife attacks in Russian schools that have also taken place. He noted that both the media and the gun lobby doesn't seem to have noticed the knife attack surge.

"They've been really terrible," Cullen described. "The public is up in arms, which hasn't been reported over here. But there has been a slew of them in the last six months. A lot of them have been really horrible, with 16 people injured in a couple of them. Zero deaths. When you take guns out of the equation, you can hurt a lot of people and occasionally kill somebody. But it's almost impossible to kill multiple people."

The NRA once made the argument that if guns weren't used in attacks that mass killers would simply find another way to kill people. They've claimed knives or vehicles are just as deadly when in the hands of a person intent on killing people. That argument seems to have disappeared from the discussion

He also described an interview he did with a teacher, who explained that at 5'2" tall, she never felt comfortable in arming herself at a school because she could so easily be overtaken and the shooter would be able to take her gun. She told Cullen that another teacher, however, might not think about that as a possibility and the result could be tragic.

"Then she'd be the same woman with bad judgement," Cullen recalled the teacher telling him.

Santa Fe High School allows teachers to carry guns, had armed security on site and prepared for a possible shooting. The results didn't matter, and 10 were killed and 13 injured.