'Come back again': Georgia man asks for second chance to shoot burglars after they steal guns he kept for security 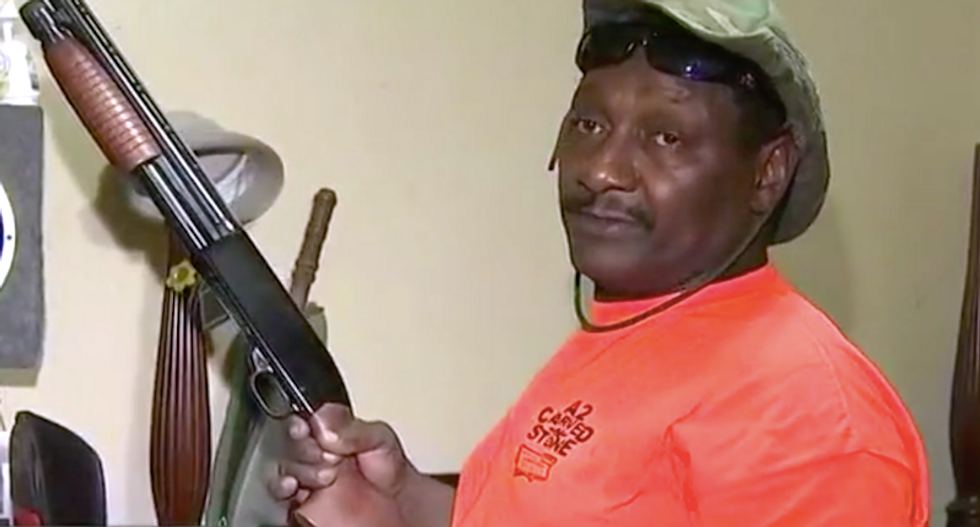 A Georgia man is asking burglars to come back and give him a second chance to shoot them after stealing the guns he kept for home security.

Lovette Tennie has been stockpiling weapons for years to use in case of a break-in, but he was disappointed that thieves stole his arsenal while he was home, reported WSB-TV.

“I’ve been living around here for 37 years I never had any break-ins like this,” Tennie said.

The burglars broke in through a window while he was home, but he failed to notice until it was too late.

“That window ain't never been open in 27 years, and they opened that window," Tennie said. "I don’t know how they got it open I couldn’t even open it."

The thieves ransacked Tennie's southeast Atlanta home and stole several high-powered firearms, and now he's worried the guns will wind up in the wrong hands.

Tennie is hoping they'll return, so he can have another chance to use his guns against the burglars.