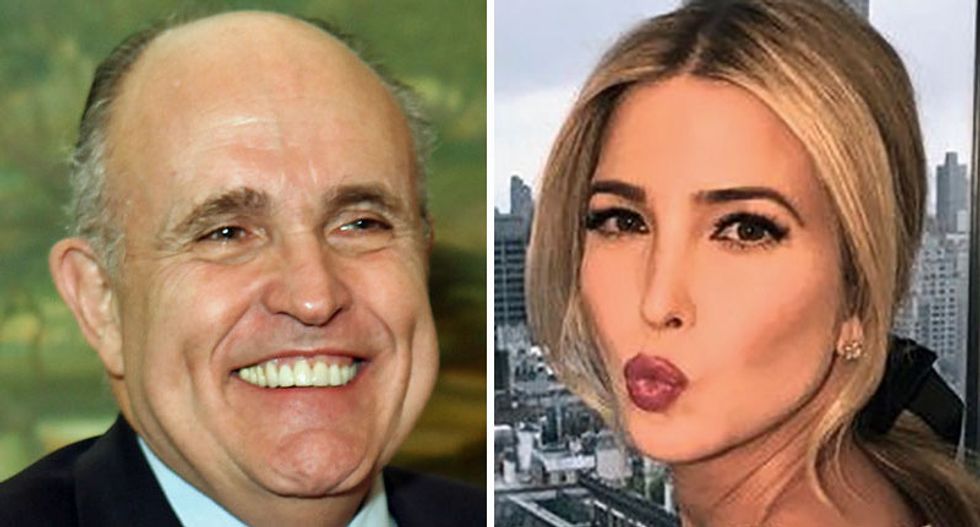 Under the headline, "Rudy Giuliani, stop talking about Ivanka Trump like she's a princess," Wegmann cites Article I, Section 9, Clause 8 of the U.S. Constitution's ban on titles of nobility.

Wegmann reminded that "Ivanka Trump works in the White House, advises her father daily, and has perhaps more influence on the direction of the administration than anyone besides chief of staff John Kelly and Trump himself."

"Before becoming a fixture in the West Wing, she was a fixture on the campaign," he continued. "She knows things, maybe even damning things."

"America loves Ivanka to be sure. But Giuliani is wrong to imply that she is untouchable or even regal," the column argued. "He sends the message that the law can (sic) only goes so far when specific special people are involved."

"By arguing that Ivanka should be exempt from the rule of law, Giuliani is codifying elitism," Wegmann concluded. "He is acknowledging a bit of regal privilege, and that is dangerous."