'We continue to fight': Desperate prisoner prays for pity from Trump as Kim Kardashian lobbies White House for prison reform 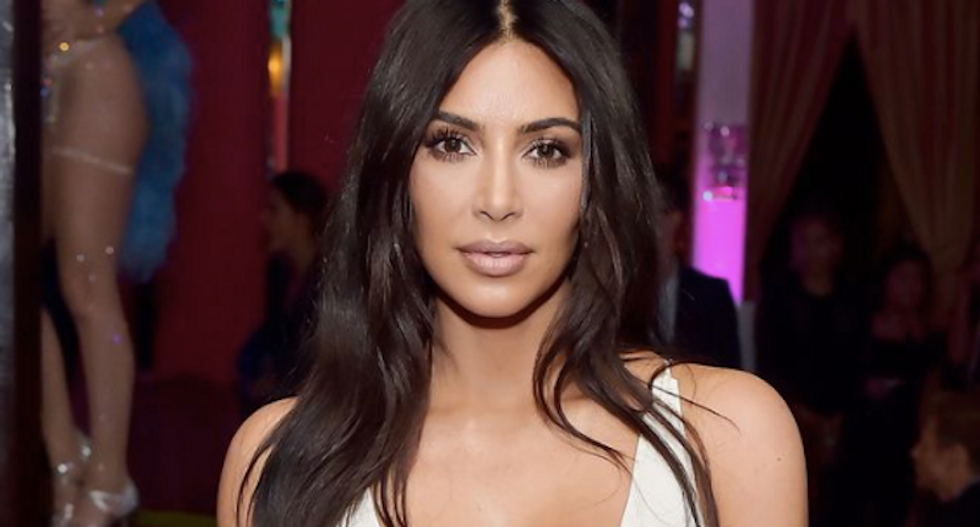 On Wednesday, socialite and media personality Kim Kardashian will meet with Donald Trump and Jared Kushner to lobby the President to grant clemency to Alice Marie Johnson, a 63-year-old grandmother serving life without parole for a nonviolent drug crime—her first.

The odd turn of events is not lost on Johnson, who expected to die in prison after having her petition for clemency denied in 2016.

“I'm in awe as I experience the unfolding of some of the most incredible and surprising events of my life!” Johnson writes to Raw Story from the Aliceville federal correctional institution in Aliceville, Alabama.

“I have not received any news yet, but there are so many people both publicly and behind the scenes who are working nonstop for my freedom.”

In the two decades Johnson has already spent in prison, she’s been certified in electrical work, as a personal trainer, in pastoral counseling, office technology, and hospice care, she says. She’s taken countless self-help, spiritual and re-entry classes.

Last Tuesday, the First Step act passed the House in a rare show of bipartisanship. The bill, drafted in part by Van Jones’ group #Cut50, contains provisions like barring the shackling of pregnant women in prison and earned-time credits to allow for supervised release.

It also contains provisions that federal prisoners are jailed closer to their families. That’s a huge deal.

Critics in the Senate—both Democrats and Republicans—say they oppose the bill because it doesn’t contain sentencing reform.

Senators Kamala Harris (D-CA), Corey Booker (D-New Jersey) and Dick Durbin (D-Ill) sent a letter to colleagues urging them to vote against the measure. “We write to express our serious concerns with the First Step act, legislation that purports to reform federal prisons but which would in fact be a step backward.”

Other Republicans in the Senate may fear taking on sentencing reform in a midterm year.

Criminal justice advocates agree that the legislation does not go far enough. But many say they’d rather have something than nothing. “The critics are right, it’s not what we would hope for, but it’s better than what we have,” Mark Osler, a former prosecutor turned reformer, tells Raw Story. “This is a step in the right direction.”

“It’s a recognition of human dignity for prisoners and that does matter.”

Osler gets why Democrats are worried that Trump will earn praise for signing a prison reform bill. “I get why people are thinking we should wait two years or six years.”

“But that's easy to say when you’re on the outside.”

Amy Povah, a former prisoner and head of CAN-DO for clemency, a group that lobbies for prisoners serving long sentences for nonviolent drug offenses, gets why the optics make progressives uncomfortable, but she doesn't think prison reform should be politicized.

“There's people who hate Trump!” Povah tells Raw Story,  “But I don't give a shit about the politics.”

Alice Johnson continues to fight for her freedom—with the help of lawyers supplied by Kim Kardashian.

“Me and my family were devastated when I didn't receive clemency because we fought so hard, but we've had to bandage our wounds and continue to fight,” she says.

“I am so blessed to have a family who loves and supports me, and have never lost their faith that one day I will return home to them.”