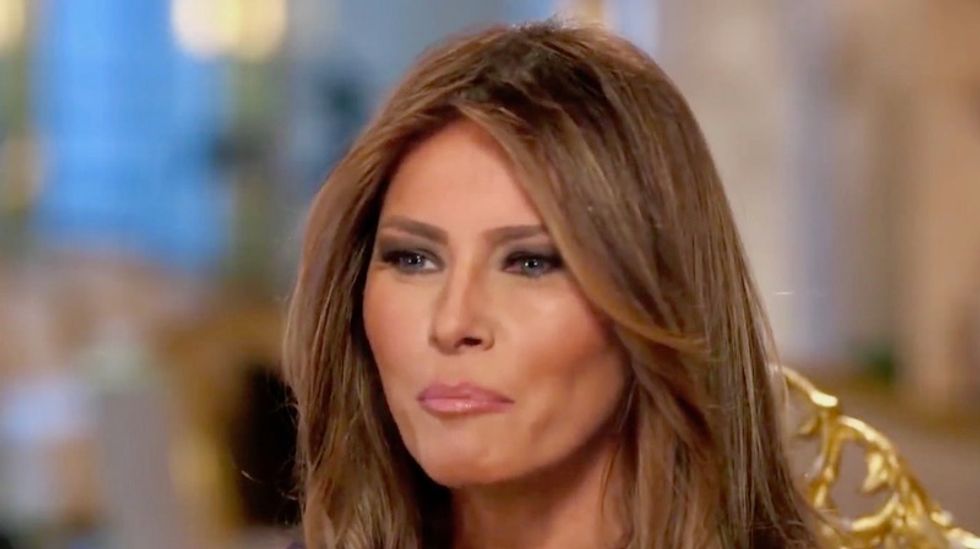 One of Melania Trump's friends suggests not in a new Washington Post story about the First Lady and her minimalistic dealings with her husband. The story covers everything from the couple's sleeping arrangements (separate bedrooms) to her relations with Ivanka (distant because they are "very different from one another.")

“She is a dignified, private person, and she’ll deal with her personal life in private and it’s no one’s business,” said Stephanie Winston Wolkoff, a longtime friend of Melania’s. “They are not that couple that holds hands just because; she is old-world European and it’s not who she is."

Melania Trump's reluctance to touch Trump has become something of a running joke, as cameras regularly capture her swatting his hand away.

The Post does not indicate whether the couple held hands before reports of Trump's affairs with adult performers circulated, or whether he just has not taken a hint about this after a decade.

Throughout the piece, the Trump's friends and paid spokespeople push back on every report of discord between the couple.

An anonymous source said that Melania Trump, "seldom sets foot in the West Wing,” but a spokesperson responded to questions about a rumor that Melania Trump stays at a home in the suburbs near her son's school as "1,000 percent false" and something that she and others "laugh at it all the time."

"They have an unspoken affinity. They have fun together. He relies on her and he trusts her,” said Wolkoff.