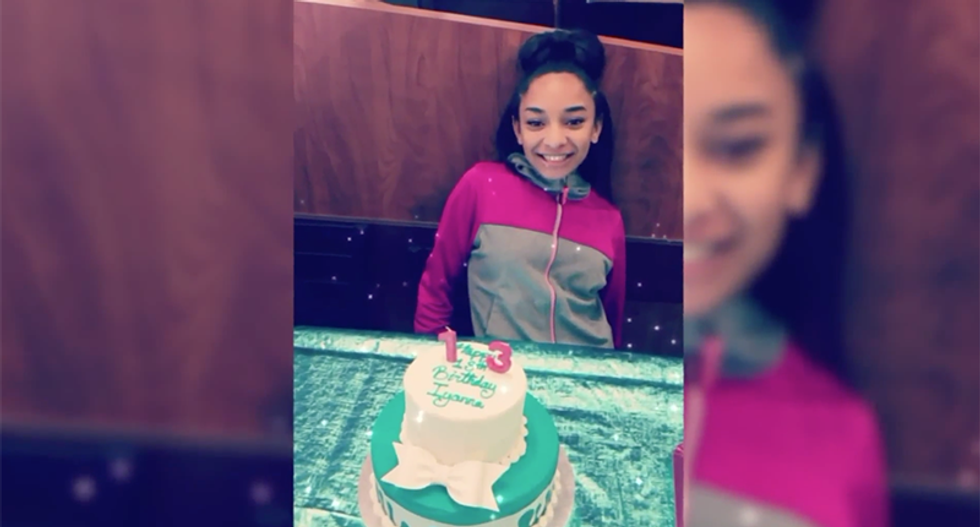 A Leavenworth, Kansas girl came home from school in tears after a substitute teacher mocked her with a racist comment in front of the class.

According to Fox4KC, mother Jameila said that she got a phone call from the principal letting her know that the teacher was removed from the classroom after using racist language with her daughter.

“[The teacher] looked at her and she said, 'Don't give me your ugly black girl face,'" Jameila said. The comment was made twice in front of the class, loudly.

“She was humiliated by a staff member, someone that`s supposed to protect your kid when we as parents are not there," the mother said.

The Leavenworth School District said that they interviewed Jameila and took a report within 20 minutes of the incident happening. But the concerned parent said that this is just one of many incidents that has happened in the school district.

“There's been ongoing problems with the staff being bullies at the school,” she said.

Jameila once worked for the school district as part of a before-and-after school program and as a paraprofessional. She recalled a Halloween party where students were allowed to wear costumes with white hoods representing KKK members.

“I think we need to take a look at the leadership there and all of the staff and substitutes need to be retrained and learn how to talk to children and remain professional,” she said.

She said that she would like to see more diversity in the district staff and is demanding a zero-tolerance policy when it comes to racism in schools.

You can see the full report below: