'Reeks of swamp gas': Ex-ethics czar rails against Cohen for 'pay to play' that 'may be illegal' 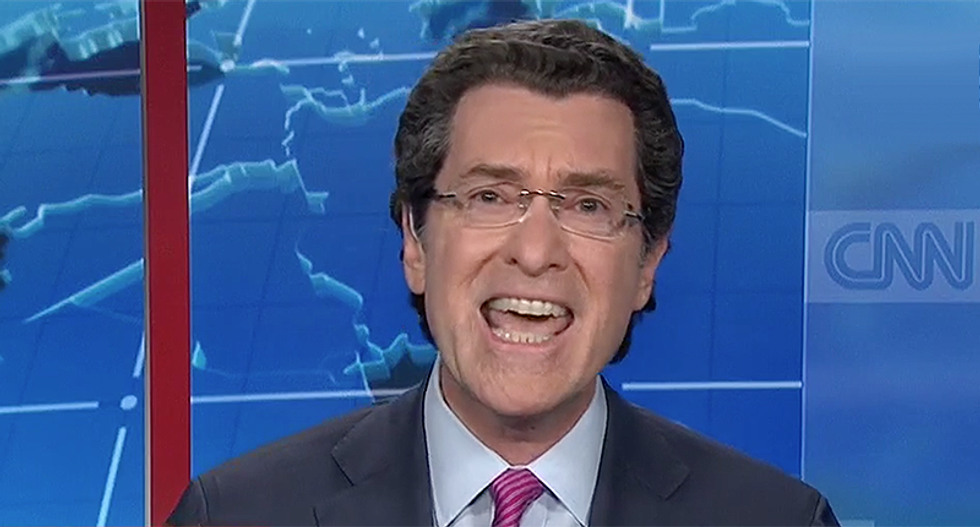 When President Donald Trump ran for office in 2016 he railed against the Washington, D.C. "swamp" and pledged to drain it of the corruption he said was running rampant. But then he came into office and things changed.

It was revealed today that his personal lawyer Michael Cohen used his influence over trump to pitch himself to corporations as a Trump whisperer. From the two companies known so far, Cohen was given a total of $1.4 million to influence policies of the White House.

"It is swampy. It reeks of swamp gas and it may, depending on how the facts unfold, be illegal," said Norm Eisen, former White House Special Counsel for Ethics and Government.

He went on to predict Americans might only be seeing the "tip of the iceberg" when it comes to Cohen's "pay to play" politics.

"He has no evident qualifications for any of these contracts," he continued. "What did he promise people? Was he an unregistered lobbyist? Some of these entities have alleged foreign connections. Was he a foreign agent? Was there quid pro quos that were promised? In the transition he was feet away from Donald Trump. What conversations did they have about future government business?"

Eisen noted that Cohen's promises are not an isolated incident. While he didn't name specifically, former Trump campaign manager Corey Lewandowski was ultimately ousted from the firm he founded for promising clients influence.

"This is a systemic crisis of corruption," Eisen said. "And yes, this exists in every administration, and every party, but the Trump gang has taken it to a new level. It starts with the president. He is taking foreign government cash openly. I have a lawsuit against him. The judges said we have standing on that. We are going to get into that, and it goes in like a cancer throughout the cabinet. It is what ties together the [Scott] Pruitt scandal. [Tom] Price, [Betsy] DeVos, [Wilbur] Ross, I mean, it is like the meeting of a mob gang."

Eisen then demanded to know why there was no congressional oversight from the Republican-led legislature.

It's "nowhere and you know who gets hurt? The American people, who can't pay millions of dollars to get access to the administration," he noted. "It is outrageous."

When it came to the precise nature of the actions, Eisen explained it's an outright conflict of interest and it might be illegal, but the specifics aren't yet clear.