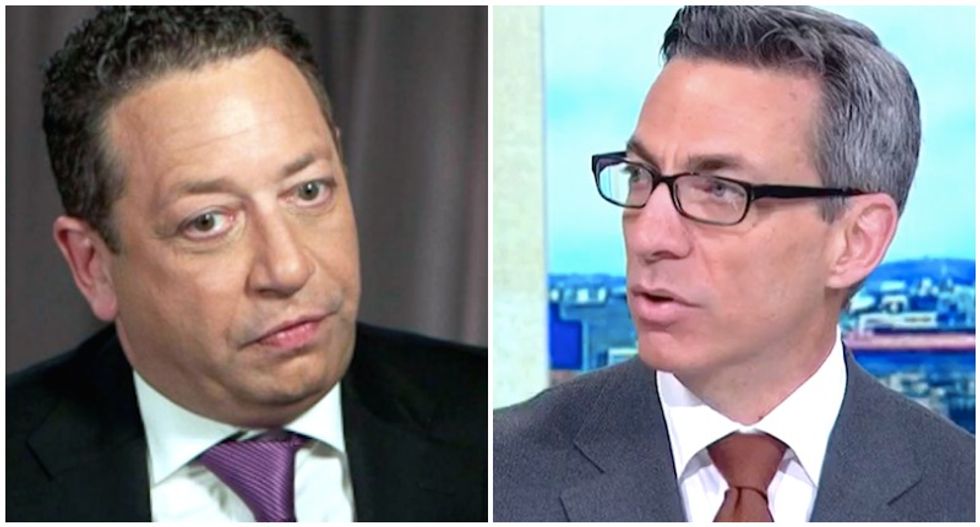 Former FBI agent Clint Watts says law enforcement officials were trying to protect Donald Trump by asking an informant to examine claims that his campaign had been infiltrated by Russian spies.

Trump, of course, continues to claim the FBI set out to implicate him in the investigation -- but Watts explained to MSNBC's "Morning Joe" why the president's reaction to the informant was so telling.

"It's the cornerstone of every investigation," Watts said. "Imagine you're an FBI (agent) and you receive a report from the Australian ambassador. They may know the Russians have taken something, and it's related to one of the presidential candidates. You would immediately say, 'Okay, I want to assess this.'"

"The other thing that you'd be trying to do is to protect the Trump campaign from being penetrated potentially," Watts said. "Think back to '16. You're saying, 'Wait a second, maybe they're trying to infiltrate this campaign. Candidate Trump isn't even aware of it, which seems could even be the case today. You would then go to a confidential informant and say, 'Hey, you've had contact with this person. Could you go and assess and ask questions about whether they have any knowledge of this information and, most importantly, how do they know this?'"

Watts hinted the informant may have been a longtime Trump Organization business associate with contacts in Russia, and a history of working as an FBI informant.

"The other thing the president consistently does in his tweets is, he confuses agents and informants," Watts said. "A confidential informant is not an undercover agent. This is somebody that you've probably worked with as a source many times over a -- you have a good track record and you go to them and say, 'Have you heard anything, and would you be willing to try and try to look into this for us?' That seems to be what they were doing in this case."

Felix Sater, a Soviet-born real estate developer with alleged mob ties, would check off a lot of the boxes that Watts listed for an FBI informant.

The Russian-American convicted felon effectively worked as a spy for the U.S. as an asset for the CIA and the Defense Intelligence Agency, and he also worked as an intelligence source for the FBI for more than a decade -- and still operates as an informant, according to law enforcement sources.

Sater worked on Trump's behalf in Moscow since 2004, so he would have been a natural fit as an informant given his history with the FBI and his ties to both the GOP candidate and Russia.

After the election, Sater allegedly took part in a back-channel scheme with Trump Organization attorney Michael Cohen to ease sanctions against Russia, and helped deliver a secret plan to settle the conflict with Ukraine to then-national security adviser Michael Flynn.

"He did some of this work to fend off prison time after he admitted guilt in a stock scam — but he had started helping the US government before then, and he continued to report back to the FBI after the agreement ended," Buzzfeed reported earlier this year. "Today, as he is being questioned about Trump's business deals and ties to Russia, he has built relationships with at least six members of special counsel Robert Mueller’s team, some going back more than 10 years."

Watts said the FBI informant -- whether that was Sater or not -- was not the same thing as an undercover agent, as Trump has suggested.

"An undercover agent is someone the FBI deliberately creates and inserts over an extended period," Watts said. "It's a very deliberate operation, it takes many layers of approvals within the FBI headquarters, and it's over an extended basis. That did not happen here."