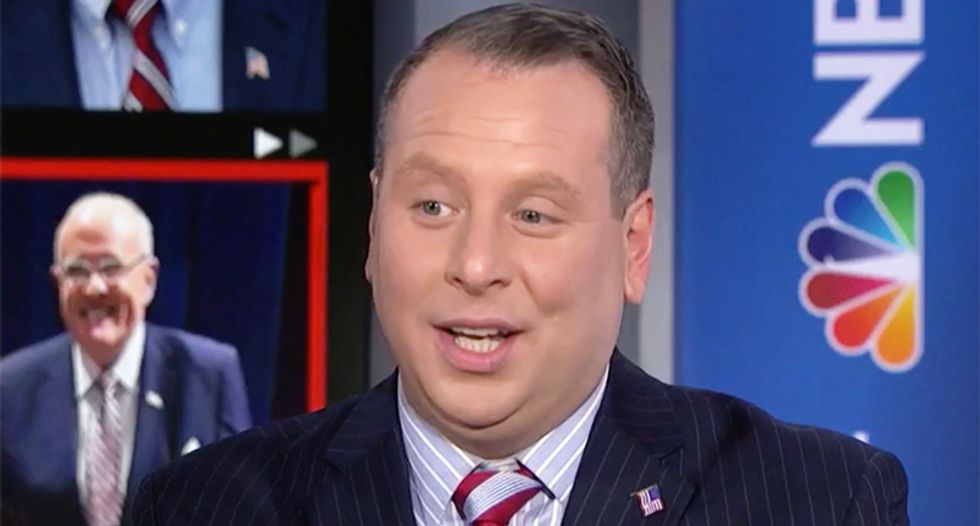 Appearing on MSNBC, a ducking and weaving Sam Nunberg refused to say specifically what he told a grand jury empaneled by special counsel Robert Mueller looking into outside influence in President Donald Trump's campaign, but admitted he was questioned about Trump lawyer Michael Cohen's finances.

Speaking with host Katy Tur, Nunberg was pressed by the host about Cohen's cash windfall after Trump was elected.

"I'm going to pose that question to you: where did the money go? It's a lot of cash," Tur asked the former aide.

"You're going to get me in trouble and I'm going to get called back to the grand jury," a laughing Nunberg replied. "I'll just say i have no idea."

"Have you been called back to the grand jury? And do you expect to?" Tur asked.

Nunberg admitted that he had no idea what Cohen was doing with the money and that he didn't believe any ended up in Trump's pocket -- or that the president may have known about it, saying, "The president hates people making money off of him. Only one person that gets away with it in his face is Lewandowski. He hates it."

Asked about his interactions with Mueller's investigators, Nunberg did offer up a few details on its focus on Cohen.

"What did the special counsel want to know about Michael Cohen? Was he a big topic during your interview?" Tur asked.

"Once again, I won't talk about exactly happened in the grand jury," Nunberg elaborated. "But during the voluntary interview as they go through all these issues and they go through your history, they wanted to know my history, my interactions with Michael. Obviously Trump Tower Moscow was a major issue."

"They were interested in Michael's role with the campaign," he continued. "In other words, what was Michael going to do -- they didn't ask me anything about the transition because I didn't know anything about that. "

"Anything about Michael Cohen and payments? Payments to anybody?" Tur asked.

"Yeah, sure," Nunberg remarked. "Like I told you, they asked about what his role was going to be and they asked if I had any knowledge about payments, which I didn't. So, I mean, certainly it is an area of interest for them."

You can see the interview below via MSNBC: