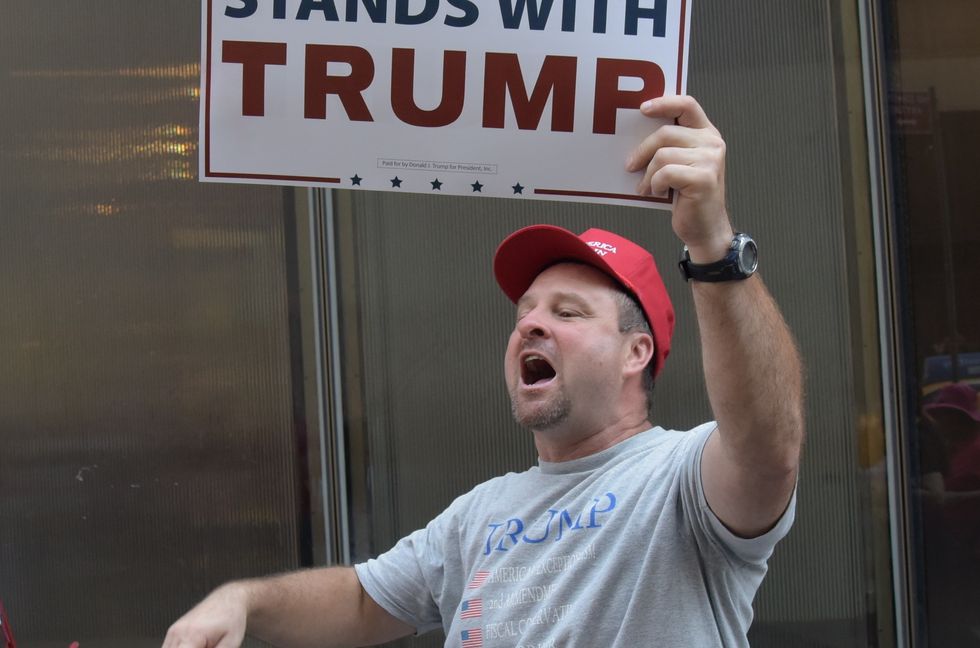 President Donald Trump took an unusual step on Monday and directly told his supporters in West Virginia to not vote for Don Blankenship, the former mining tycoon who was sent to jail in 2016 for his culpability in the deaths of 29 miners who worked for him.

Blankenship, who is running as a Republican for a West Virginia Senate seat, defiantly shot back at the president on Monday morning while claiming to be "Trumpier than Trump" while insisting that he would be able to win a general election despite the fact that his flouting of mine safety laws left him legally liable for the deaths of 29 men in a 2010 mine explosion.

Liam Donovan, a former Republican operative who now writes for the conservative National Review, says that Trump supporters might ignore the president's advice and vote for Blankenship, just as they voted for Roy Moore in the 2017 Republican primary for the Alabama Senate seat vacated by Attorney General Jeff Sessions.

"Affirmative endorsement would have been stronger, but AL demonstrates that’s no silver bullet either -- perhaps worse if it’s unconvincing," Donovan writes, referring to Trump's less-than-enthusiastic endorsement of Luther Strange for Alabama Senate in 2017. "Trump supporters have a remarkable ability to discern which of his statements to take seriously. You might love the President, and/but if he does something you don’t agree with, it’s probably because the RINO globalist establishment has duped him. Perfect catch-all disclaimer."

In other words, writes Donovan, Trump supporters assume that the president only endorses less extreme candidates because he's been told by Senate Majority Leader Mitch McConnell (R-KY) that these candidates can't win, not because he really believes they're bad.

You see this baked into the response of everyone from Moore and Blankenship to HFC when POTUS sides with leadership… https://t.co/98sLmiTrei
— Liam Donovan (@Liam Donovan) 1525701204.0