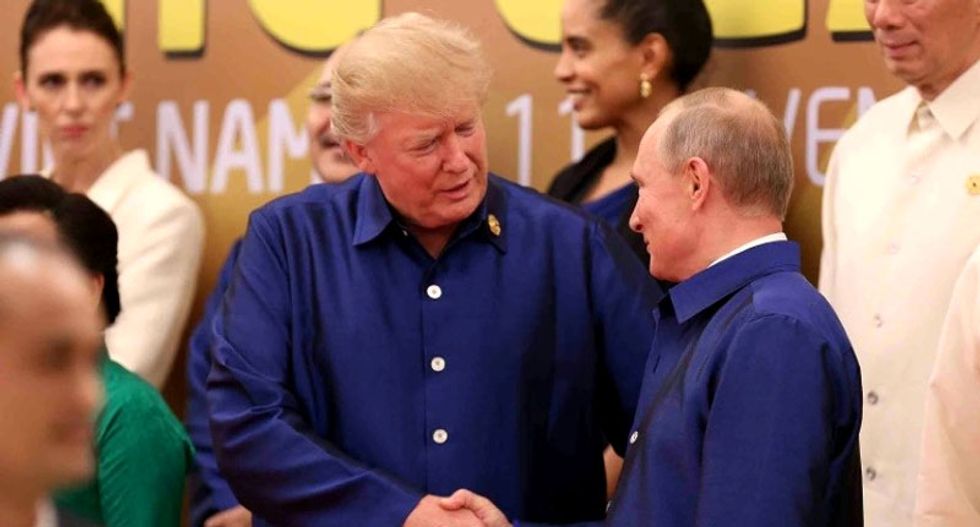 In his latest column at the Observer, former National Security Agency analyst John Schindler claims that American intelligence agencies have a lot more information connecting President Donald Trump to the Kremlin than they've let on so far.

Specifically, Schindler says that a current senior NSA official recently explained to him that his agency, with the help of some allied foreign intelligence agencies, knew what Trump and his family were up to well into the 2016 presidential campaign.

In fact, the agent said that by the time Trump accepted the Republican Party nomination for the presidency, "We knew we had a Russian agent on our hands."

According to the official, NSA intercepts picked up quite a lot of chatter from Russian government officials about helping Trump's campaign, and he tells Schindler that "the Kremlin talked about Trump like he was their boy."

What's more, the official also tells Schindler that he has no doubt that Trump and his associates were aware of -- and embraced -- the help they were receiving in 2016 from the Russians.