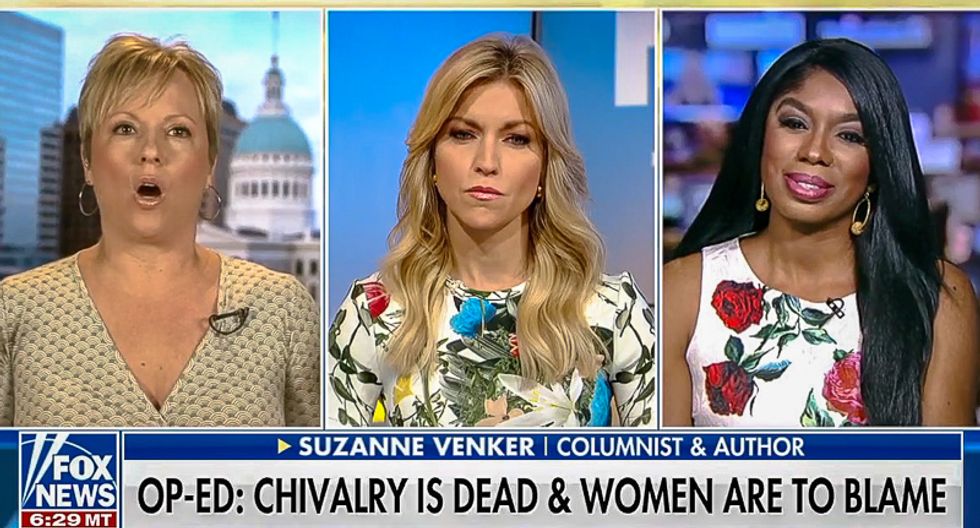 A Wednesday Fox & Friends segment asserted that chivalry is dead because "confused" women killed it.

"After so many years of hearing that, my argument is that men have effectively said, 'Okay, you said you don't want it so I guess I'm not supposed to do it. If I do it, you're going to be insulted.' So, they're really lost and confused about what it is that women want. And I think women are just as confused because they've been sold this message that chivalry is bad somehow when of course it is not at all."

Democratic strategist Wendy Osefo argued that the concept of chivalry had "evolved."

"It means that men have to rise to the occasion to meet us where we are," she said. "Chivalry is not dead in the essence of we don't want men to open doors for us, but what we are saying is you have to handle us and you have to handle our full-time job as well."

Venker blamed the "40-year experiment" in feminism for making men and women "confused and lost."

"What women specifically are confused about is men," she opined. "And how it is in their DNA to provide and protect women. That is who they are, that is their identity. And we've essentially ripped it out of them and they've become unmoored. I mean, if you don't let them do what's in them to do, you're going to disrupt that dance."