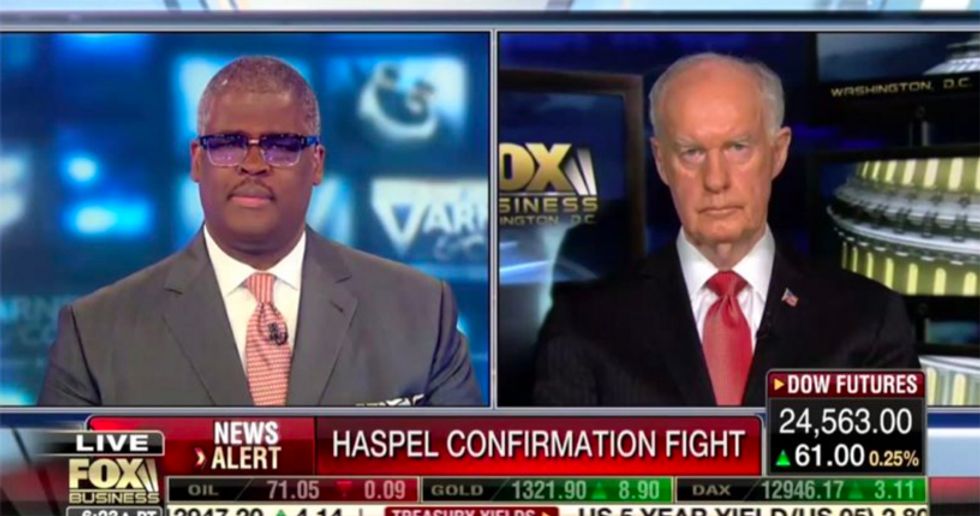 The host of a Fox Business Network segment, where a retired Air Force officer defended torture by smearing former prisoner of war Sen. John McCain (R-AZ), has apologized for not cutting his guest off.

Appearing on the program Thursday morning, Fox guest and military analyst Thomas McInerney launched a horrific attack on the Arizona senator -- who is currently battling cancer -- in an effort to defend so-called "enhanced interrogations."

“The fact is, is John McCain — it worked on John,” McInerney suggested. “That’s why they call him ‘Songbird John.’ The fact is those methods can work, and they are effective, as former Vice President Cheney said. And if we have to use them to save a million American lives, we will do whatever we have to.”

According to host Charles Payne, he missed the comments and instructions from his producers to end the segment.

"My Apology to Senator McCain and his Family “This morning on a show I was hosting, a guest made a very false and derogatory remark about Senator John McCain. At the time, I had the control room in my ear telling me to wrap the segment, and did not hear the comment," Payne tweeted. "I regret I did not catch this remark, as it should have been challenged. As a proud military veteran and son of a Vietnam Vet these words neither reflect my or the network’s feelings about Senator McCain, or his remarkable service and sacrifice to this country.”